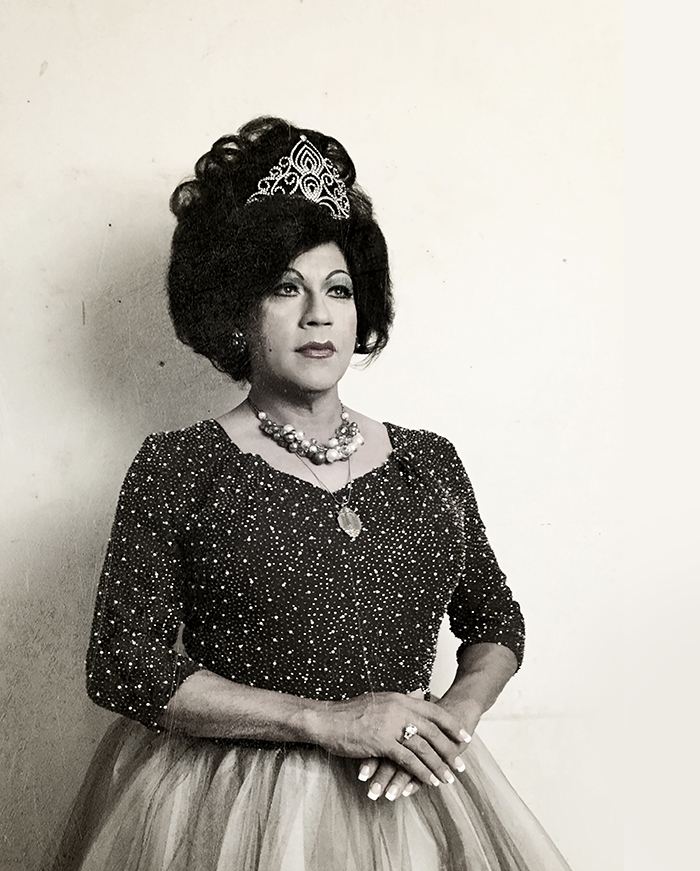 An interview with the legendary Juanita MORE!

If the late Jose Sarria has a spiritual descendent, it is without a doubt San Francisco’s preeminent drag icon, the one and only Juanita MORE. Though never elected to the Imperial Court founded by the late Widow Norton, arguably there isn’t a queen in the country who more elegantly embodies the disparate disciplines of politics, philanthropy, and drag into one person.

Last year, Juanita was a power behind the throne in no fewer than three elections of upmost importance to the LGBTQ community, successfully helping to elect progressive supervisors in both of the City’s historical Queer strongholds: straight ally Matt Haney in District six (home to the Compton’s Transgender Cultural District in the Tenderloin as well as the Leather LGBT Cultural District South of Market); and Rafael Mandelman, the first progressive Gay to win Harvey Milk’s seat since San Francisco returned to district elections in 1996.

The third campaign—to turn the first Gay man in elected to the California Senate, Mark Leno, into the first Gay man elected Mayor of San Francisco—was sadly unsuccessful. But the defeat was narrow and Juanita’s formidable efforts in fundraising and organizing established her as a political force to be reckoned with citywide—and earned her the nickname “the Gay Rose Pak.”

The shiniest jewels in Juanita’s royal tiara are undoubtedly her annual Pride parties that have raised more than $500,000 for LGBTQ charities over the last 15 years.

The City’s preeminent Queen is also easily its most iconic. Her image graces murals and party posters across SF, and she has successfully leveraged that visibility in a way that’s not just fighting against the loss of queer culture but also ensuring a queer future. From Juanita’s List, an online group helping 6,400+ LGBTQ folks navigate the brutal Bay Area housing market to her legendary family dinners, she reminds even the iciest queen of why we leave our hearts in San Francisco.

This year her fundraising halo expands into selling branded items that benefit this year’s charity, such as a Humphry Slocombe Pride ice cream that dons her name and cannabis PAX vape pens engraved with her totems.

But the shiniest jewels in Juanita’s royal tiara are undoubtedly her annual Pride parties that have raised more than $500,000 for LGBTQ charities over the last 15 years.

“I was actually doing nonprofit events before that that were sort of happening once a year. They were taking all my time and all my inspiration and all my love to make them really successful, but I turned that into being a party at Pride.”

Juanita says that it was around that time the corporate influence in Pride was really starting to take hold, and that “my friends and the freaks and family around me” were feeling not included in the actual Pride event. “I mean, we knew that people were loving what we were doing, but I wasn’t feeling it being represented anywhere. I decided to switch those big events that I was having the previous years into a Pride party. That’s sort of how we started.”

That first official Juanita MORE Pride Party was a benefit for the Tenderloin AIDS Resource Center was held at Soluna in the Tenderloin. “I think in the beginning maybe 300 people came to that first big party, which felt really great. It was fun and it was a really great mix of people.” But the event quickly outgrew that space and soon moved to the Phoenix Hotel, where it remained for most of a decade, and in that time it has morphed from a refuge for misfits fleeing an increasingly sanitized Pride into a central staple of the weeks festivities, allowing Juanita to raise the ticket price and to generate a more money for local nonprofits—last year bringing in more than $80,000 for Our Trans Youth an organization that is part of GSA Network and the Transgender Law Center.

The last few years Juanita has held her signature event at Jones, in the Tenderloin. And this year’s beneficiary is the GLBT Historical Society, an organization which boasts one of the largest collection of Queer historical artifacts, images, and personal correspondences in the world. “I felt that this year more than any, because how our government is heading in the direction to erase everything that we’ve gained in our community. I felt like it was really important to start preserving it.”

Juanita also hopes this event will help the GLBT Historical Society finally get the permanent museum space its massive collection deserves. “I know that my party won’t raise the money to do that, but hopefully it’ll raise the awareness that it needs to happen and that we need a place.”

Because she dd chose the Historical Society, Juanita started to look back at the history of music in San Francisco, and from ‘78 to ‘82, a DJ, Bobby Viteritti was a regular headliner at the Trocadero Transfer. So Juanita got ahold of Bobby and asked him to come back and play for her Pride Party. “It is super, super important to me that I’m bringing somebody back that played at our premier queer night club. Bobby said that he hasn’t played a big room in San Francisco in 32 years, and this is really important to him.

“He promised to play the best set he’s ever played. And all he asked for was a window seat and a bottle of poppers.”