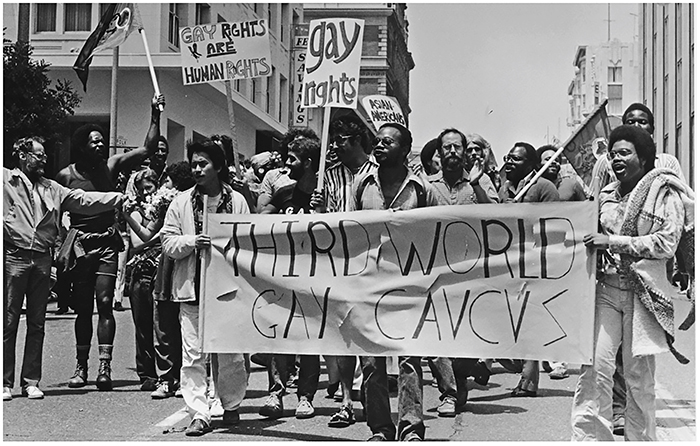 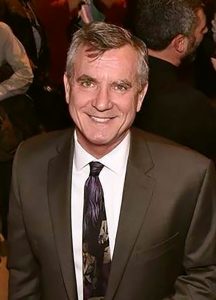 What is the GLBT Historical Society and what is its mission?

Our mission is to collect, preserve and share our diverse Queer history—a history that has so often been excluded and silenced from the predominate narratives in the United States and around the world. Our focus here at the Historical Society is on the Northern Californian stories in particular, stories of the Bay Area.

Through the archives we provide access to researchers who can come in and create works of scholarship. And we also have the museum that was established several years ago, which I see it as the window to the archives. And in the museum we take those local stories and often time we put them in the context of the national and international story of gay rights and our fight for equality and survival around the world.

A big part of that is representing the broad spectrum of what makes up the LGBTQ community. That’s almost impossible to do with any thoroughness that satisfies all of our constituents, especially with our current museum, which is small but might in terms of attracting visitors from around the world. But we don’t have a full scale museum. We don’t have a museum that can adequately represent our diversity. In our current gallery we have small exhibits that try to represent different sectors of our community, but often it’s along the lines of gender and sexuality. But within that we have all the racial and ethnic sub groups, and so many sub cultures even within our Queer culture.

How did the GLBT Historical come to be? When and how was it founded?

The GLBT Historical Society was founded in 1985, on 17th street in the Castro in the living room of Willie Walker, one of our founders. This was at the height of the AIDS epidemic. So a lot of people were dying of AIDS whose family didn’t value the materials from their life. Letters, diaries, magazine collections. It was all just seen as garbage or smut, and was being tossed. And so we were like “this has value to us. Cultural value.”

And that’s really the ethic that we continue to operate under today.

This is going to be a deliberately provocative question. But in an era of marriage equality why do we even need to remember LGBT history?

We haven’t arrived yet. Even with marriage equality, which could be still taken away, there are many rights that different parts of our community are still struggling with. Just around gender and sexuality in terms of protection from being fired or losing housing on a state by state basis. Things like that are still outstanding.

But for me the bigger question is, issues of social justice that will broadly affect not just the LGBTQ community, although they do, but they affect everybody. And so questions of immigration and housing and access to healthcare and all those things I think are particularly significant in special kinds of ways for LGBTQ people. And for activists and scholars, political types, learning the lessons of our history in terms of fighting for our Queer survival and our Queer rights are translatable, I think. They apply to social justice movements more broadly.

“… I think that’s our role… to remind people that this outrage is not the first time that this has happened, and here’s how we responded to it. And we can learn from that.”

I guess what I’m talking about is the universality of our stories. When you get into telling stories, it’s about specificity. It’s about telling about the specific details of what, for example Jose Sarria being the first Gay candidate for public office. To dig into that and try to understand what he was up against and how significant that was in 1961. And what that meant to Queer people at that time. When you dig into those stories and when you understand what was said and be able to look at the pictures and the poster, or whatever. People are inspired by that. And it makes them think about how they can be a leader now.

What are some of the exhibits on display now that Pride attendees will get to enjoy?

We have an exhibit up that is celebrating Alan Selby, the Mayor of Folsom Street he was called. This is prompted by Jordy Jones, who is Alan Selby’s boy during his life. Jordy put out a book called The Mayor of Folsom Street and so he co-curated with Gayle Rubin who’s a famed Leather historian and cultural anthropologist. It’s just taking a look at Alan’s contributions as a leader of the Leather community in helping to create or build on that culture in San Francisco. What I like about it is it really illustrates that it’s kind of like the Imperial Court. The the Imperial Court’s not just about drag. And Leather culture’s not just about drag leather. It’s about building community and philanthropy. And so has made huge contributions to our survival as a species.

And so the other exhibit we have up is what’s it called “Chosen Familias.” It’s about Latinx families in San Francisco. Our board chair Tina Valentin Aguirre is one of the lead curators on it. He pulled together a great group of Latino folks in San Francisco that’ve curated photographs of their chosen families. And so often we, as Queer people,  get alienated from our families of origin—our communities of origin—so we create our own families. So this is a celebration of that. I think there’s like 21 different photo albums that are going to be out for people to just page through to just celebrate these chosen families.

In what way, if any, has your view of your work changed since the election of Donald Trump?

Oh God. Well, it’s hard for me to separate out my views on that just as a Queer guy versus my role at the Historical Society. But I feel like there is a greater sense of urgency in the community that we’re serving. There’s much more at stake than when Obama was president. There’s greater passion around it. And it sort of feels like when I was an AIDS activist in some ways.

Actually, when Trump was elected I felt crushed just like everyone else, but my second thought was “this is gonna be like really good for the arts and for activism, and for Queer culture.” Because I remember when Reagan was elected president, and I was just a baby Queer. It was just before HIV and it’s hard to separate out the Regan/Bush era from the AIDS era, for me. And like with Regan and Bush we have this same visceral reaction to Trump. It’s even worse. Because he doesn’t even put any window dressing on the hatred and the division and the fear that he stokes in his base.

So I think that’s our role—not really so much through us but through the researchers and the curators that work with us—to remind people that this outrage is not the first time that this has happened, and here’s how we responded to it. And we can learn from that. Really what it’s about is just allowing people, because you can teach people didactically. And you can sort of express your outrage and anger at injustice, but really I think the best way to teach people is to sort of lay the bread crumbs for them. So that they can draw their own conclusions and make the connections themselves.

The GLBT Historical Society Museum is located in the Castro at 4127 18th St. For more info visit: glbthistory.org.