The Hidden LGBTQ Flag – Touring Russia During The World Cup! | The Fight Magazine 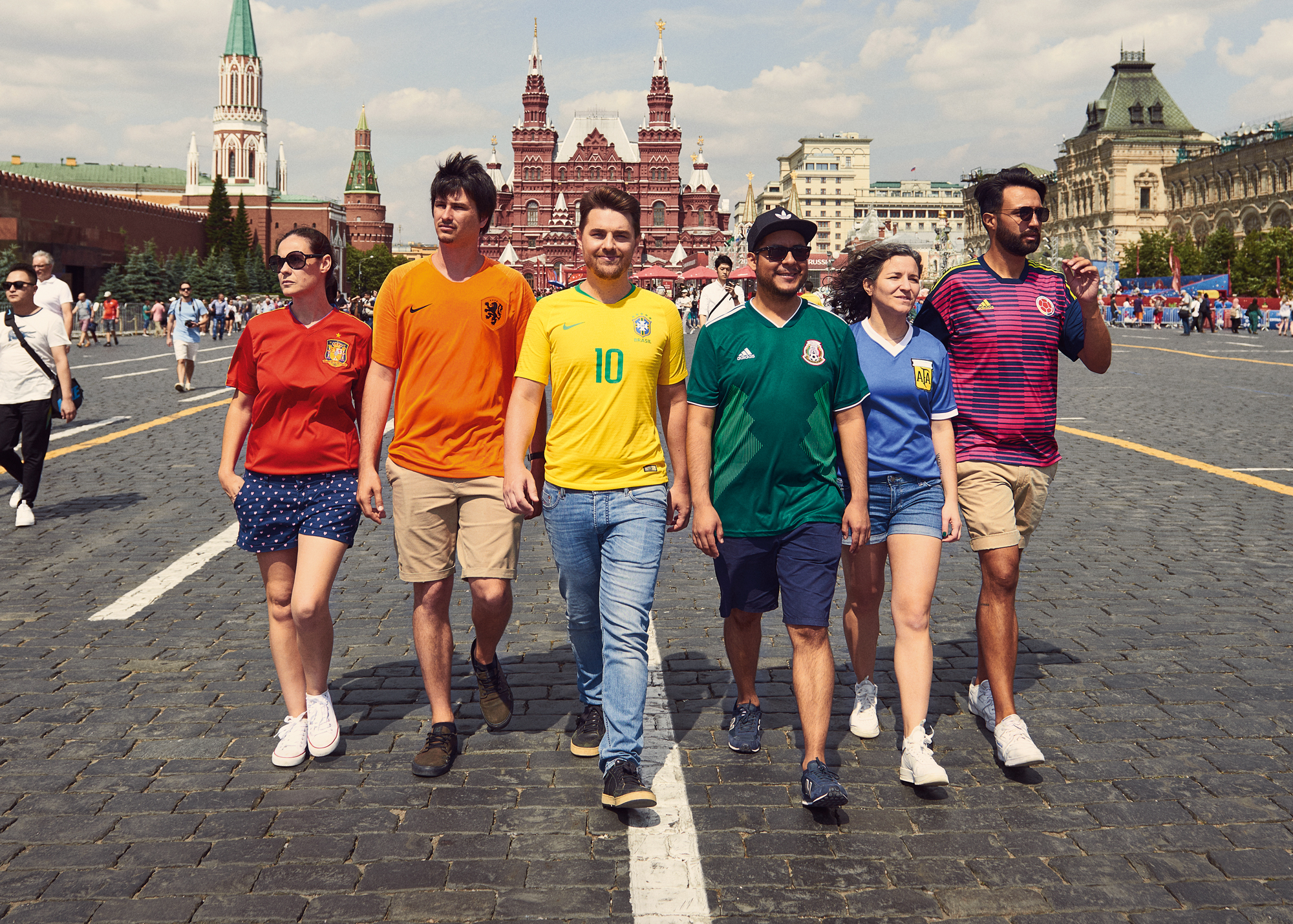 “Spain, The Netherlands, Brazil, Mexico, Argentina and Colombia. Six countries. Six brave LGBT activists, that together, form the flag that toured around iconic sites in Russia, traveling to every corner to fight against a struggle that will never be silenced.”

Six activists from six countries wore uniforms from their countries’ football teams in all six colors of the LGBTQ Pride flag and walked around Moscow.