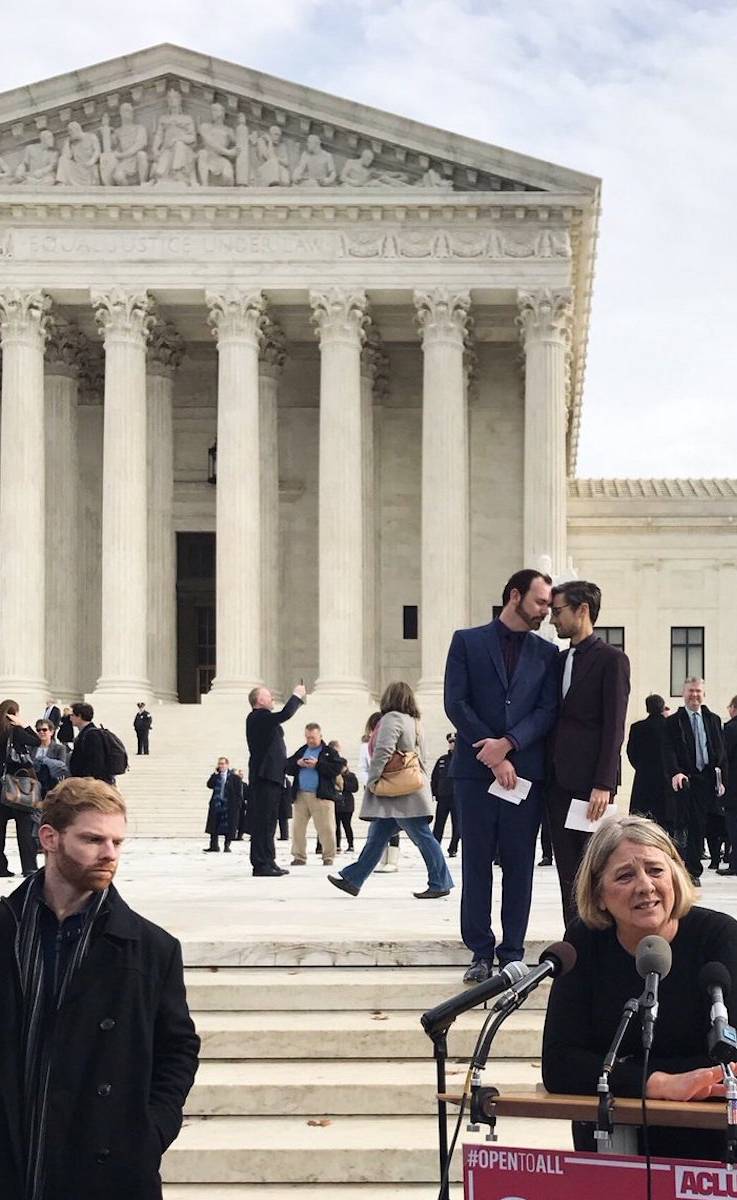 The Court ruling was limited, however, finding that the state agency that rejecting the baker’s religion and free speech claims had been improperly biased against him.

Lambda Legal filed an influential amicus brief in the case, documenting the extensiveness and severity of the discrimination LGBT people already face, even before this invitation to religiously-based refusals of service.

The Court today has offered dangerous encouragement to those who would deny civil rights to LGBT people and people living with HIV.  Religious freedom under our Constitution has always meant the right to believe whatever you wish but not to act on your beliefs in ways that harm others. The Court today alarmingly fails to heed that distinction. Lambda Legal will continue to fight the establishment of evangelical Christianity as the official government religion. We will fiercely resist the coming effort that will seek to turn this ruling into a broad license to discriminate…