Baby You Can Drive My Car | The Fight Magazine 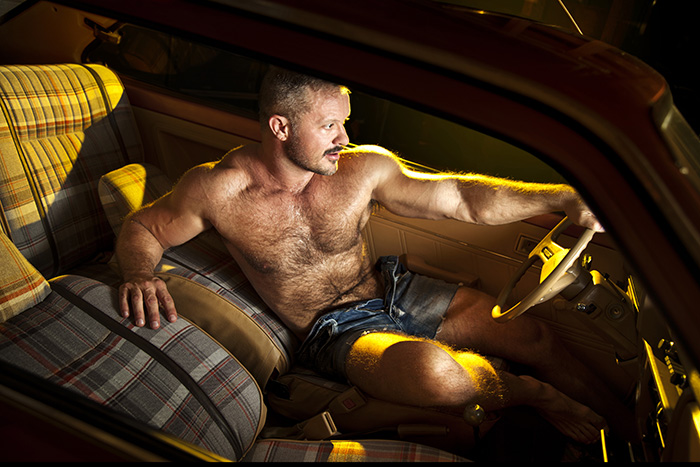 A couple years ago I was approached to be on a car design reality tv competition called Motor City Masters. Having already penned cars on the road for companies like Nissan, Peugeot, Citroen and others, I didn’t see the point in competing to be “America’s next great car designer.” But it occurred to me that a TV show with a prize meant I could fulfill one of my professional goals of creating a scholarship for LGBT students interested in car design. I went on the show, won second place, and was awarded a $75k Camaro Z28. I have been personally funding the scholarship ever since, as best I can.

As our careers mature, it’s important to help the generation that comes after you. I learn more from working with students sometimes than they do from me.”

I think if you’re a designer, you’re one from the beginning. We are born with certain sensibilities. Long before you have the words to articulate why you see the world differently than your friends or family do, and way before you can draw what you see. You’re born straight or gay, and you’re born a designer. Once you figure those two things out, the world is an amazing place. 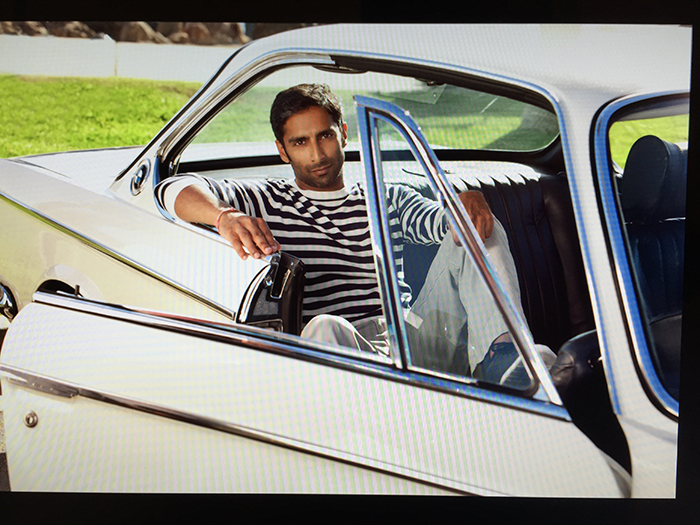 My goal is to find that kid out there who is being told there is something wrong with him. And I want him to know that he is right and everyone else is wrong.

I’ve always been “out,” in the sense that there was never a big reveal to be shared. In 1979 I was only five years old but I worshipped Erik Estrada enough to tear a photo of him out of the TV Guide and tape it to my wall. Imagine my mom’s surprise when she saw the shot of a shirtless “Ponch” right there over her young son’s bed. I remember how she looked at the picture, did a double take, and then asked, “Bryan, I’m curious why you want this in your bedroom?” I grinned and replied: “It makes me feel good.” To her credit she just nodded and smiled and didn’t immediately sign me up for analysis.

Much later she told me she knew I was gay even before I put up the photo. She let me keep the picture until the crush was over. That episode stayed with me and taught me something. It’s clear my fondness for dark-haired, happy looking men goes way back… And I also realize I don’t need to be afraid of who I am or what I want.

I tell that story here, because it helped me as an adult, when there was adversity about being gay. I can remember an incident at a car studio where I was designing when a visiting design director made a loudly voiced homophobic slur while reviewing a car in the viewing court. Very calmly, I waited until he finished talking, aware that my colleagues shared the uncomfortable tension he had created, and I walked over to him, firmly took hold of his coat sleeve, and asked him to take a short walk with me. I won’t go into details of the ensuing conversation, but by the time we returned to the viewing court, he readdressed the team, and officially apologized. 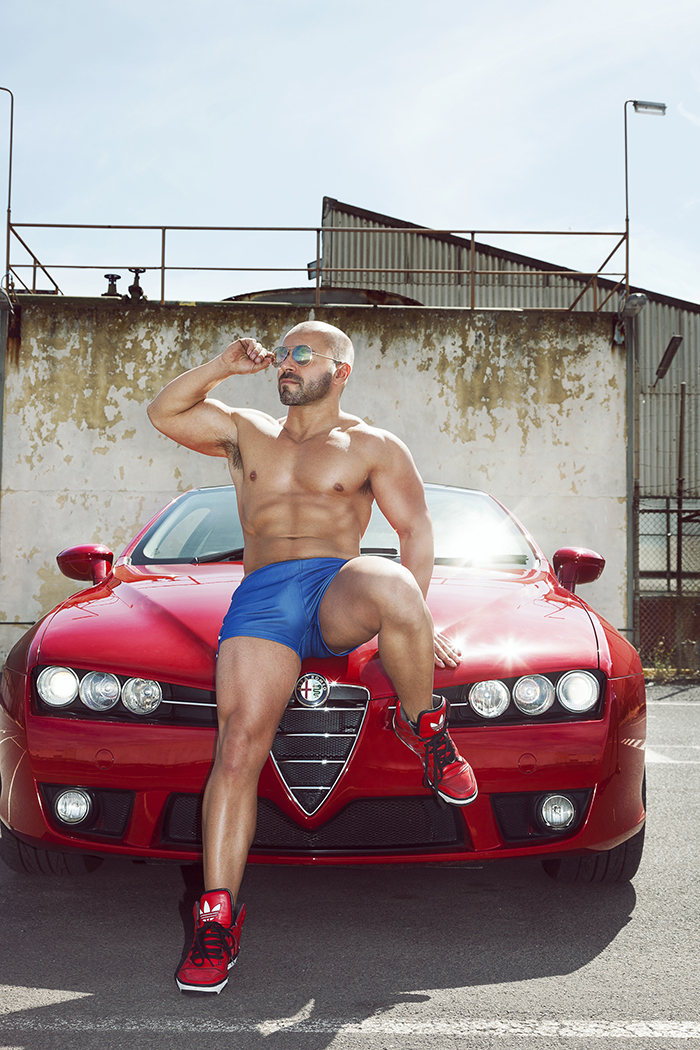 This is in an important story because it illustrates why you must stand up for yourself. If you don’t, then you make it okay for homophobia to persist, especially when it’s coming from a person of authority. You can handle it with tact, quietly, if that’s your way, but when you correct it, you make it known that you won’t be bullied into silence.

I feel that, as our careers mature, it’s important to help the generation that comes after you. I learn more from working with students sometimes than they do from me. I hope to show young designers that they can be proud of who they are, and what they create. Partnering with celebrity photographer Gabriel Goldberg, we have shot a calendar featuring the designs and talent of successful gay industry leaders. A couple of those shots are featured here.