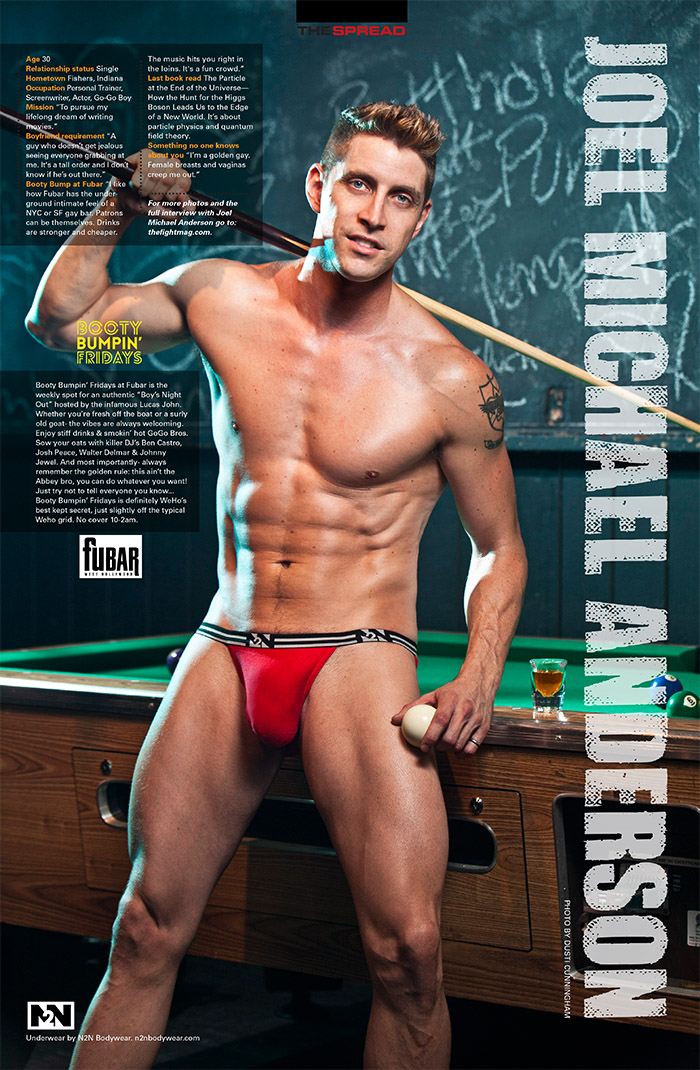 When and why did you start gogo-ing?
I’ve been go-go dancing since December 2014, shortly after I moved to LA. I started, of course, for the income. After leaving a stable career and moving here to pursue a dream, everything that could go wrong financially – did go wrong. With rent on top of the mortgage on an upside-down house in Arizona, a job offer that was rescinded, unpaid debt from a “friend,” and a motorcycle accident, life was giving me a big “fuck off.” But I knew go-go dancing was always an option; I knew I’d be good at it and have fun with it.

What do you think about when you’re dancing?
I tend to get into a different character, one that is a real part of me, but different than the normally introverted, humble person that my friends know. And that directs my thoughts. I become this extroverted, wild, flirtatious, fun and sexual object—my alter ego Johnny Ford. That’s what go-go dancers are there for. That’s what the crowd wants to see. I think about interacting with the crowd and flirting with everyone. I think about sex. I think about the thrill of the exhibition and displaying my sexuality on stage.

Have you dated anyone who met you while gogo-ing?
Never officially dated. But I’ve had romantic interests. I tell them up front what I do, and it doesn’t sit well with some guys. It would be difficult to build an intimate relationship as a go-go dancer. I’m not one to get physically jealous as long as I trust the emotional intimacy in a relationship. So I’d need to find the same, a guy who doesn’t get jealous seeing everyone grabbing at me. It’s a tall order and I don’t know if he’s out there.

You mentioned you moved to LA to pursue a dream. What is the dream?
To pursue my lifelong dream of writing movies. Blame it on Star Wars. Like 75% of filmmakers, it’s one of my biggest inspirations for want to make movies. My oldest memory is sitting in a diaper on the floor watching a scratchy VHS copy of Star Wars, enthralled even as a child.

But in high school, one of those career assessment tests showed I’m strong in art, writing, math, and science. They recommended engineering, probably because I went to school in the most republican county in the U.S. at the time.

So I started with engineering, attending the Rose-Hulman Institute of Technology. But 8 years of structural engineering in Phoenix, working in an office cubicle doing math all day was driving me crazy. I had been studying and practicing screenwriting for years, and lamenting the lack of quality movies put out by Hollywood. I got to a point where I finished paying off student loans, finished car loan payments, finished the reimbursement period for my company-paid master’s degree, and had no one tying me to AZ. Finally I took from my namesake in Risky Business and said, “What the fuck?” It’s scary, uprooting and diving into the unknown. But I have a way of pushing myself off the edge when I make up my mind. I told a nervous friend when we were cliff diving, “just step off the edge, and gravity will do the hard part for you.”

How did you secure the gig at BOOTY BUMP?
The night I was supposed to audition for Lucas was the night I got hit on my motorcycle. But I came back a week later and danced on a sore, bruised leg. I think he gave me the gig out of pity.

What do you think of Fubar?
I like how Fubar has the underground intimate feel of a NYC or SF gay bar. Patrons can be themselves. Drinks are stronger and cheaper. The music hits you right in the loins. It’s a fun crowd. I roll my eyes at people who call Fubar sleazy and then prefer a bright-overcrowded club full of fake materialistic plastic with music too loud to talk to anyone.

What’s your pre-show regime?
Two hours prior, eat a meal big on carbs and fats. One hour prior, have a coffee with lots of fat (butter and coconut oil), while watching a vulgar comedy show (BMS, Southpark, You’re the Worst, etc). Thirty minutes prior I let the coffee do its work…then shower and shave. And it’s off to the racetrack again.

Where do you see yourself in five years?
Hopefully working on the production of a script I wrote. Or typing out a new script. Or workshopping a story with other creatives. Or in a pitch meeting. Or screaming my head off in a crazy dramatic antagonist acting role. Or what would be the best thing ever, seeing an audience be thrilled, frightened, excited, amazed, and overall their life enriched by the entertainment of something I wrote.

What’s on your bucket list?
Travel around Europe. I’ve seen Africa and South America when I worked with EWB. But I’ve yet to see the rich culture of Europe. I just need a special guy to do it with.

Hillary or Bernie?
Bernie all the way!!! Hillary is on the right side, but she’s in deep with crony capitalism. And wait, why do you assume I’m a democrat?

Do you believe in the paranormal?
Sorry no. Not until there’s verifiable, peer-reviewed evidence. Do you believe in the invisible flying rainbow unicorns that flutter around the West Hollywood gay bars and decide who will have a regrettable hookup each night? They’re totally real. My friend’s stylist’s drag queen roommate saw one once; are you calling her a liar?”

What’s your Halloween costume this year?
A Jedi Knight…Weho edition.

What’s your ideal man for all romantic purposes?
I’m cursed with impossible standards. I guess I want the bad boy that’s a good man. Someone who would rather have fun than care about looking good, who gives a shit about bigger things than Beyonce, football, fashion, or celebrity, who can enjoy fine dining at a nice restaurant one night and can enjoy cheap bourbon and street tacos the next night. I like an athletic guy who takes care of himself, a guy who can be mature when needed and immature when warranted. He would need a level of nerdy goofiness. A guy who can get over himself and cares about others. A sexually adventurous, preferably exhibitionist, vers guy. And I do have a weakness for clean-cut short twinks or muscle twinks with a bubble butt, rare as they are. Also tattoos are sexy.

What was the last book you read?
The Particle at the End of the Universe—How the Hunt for the Higgs Boson Leads Us to the Edge of a New World.

It’s about particle physics and quantum field theory. I’ll leave it at that.

Is there anything else you would like to share with our readers?
Hmmm. Everyone needs to get regularly screened for STDs. PrEP is wonderful, but people are getting screened less because they’re not worried about HIV. Therefore Gonorrhea and Chlamydia cases are on the rise. They often show no symptoms and can be transmitted orally; that includes that harmless BJ you got/gave in the bathroom at the Abbey. And don’t think that using a condom stops the transmission. Every guy bottoming, ever, has said the line, “yeah slap that cock on my hole” before the condom is on. And who wears a condom for a BJ, honestly? If you’ve had contact with 3 or more guys since your last test, you’ve probably got something even with no symptoms. Get on PrEP if you can, and keep getting frequently screened.

Tell us something no one knows about you.
I’m a golden gay. Female breasts and vaginas creep me out. True story—I woke up screaming once from a dream where I was going down on a guy and suddenly there was a vagina right in front of my face. Don’t get me wrong, the female body is beautiful. It’s just not for me. 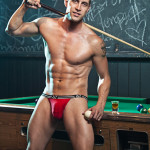 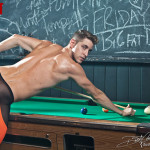 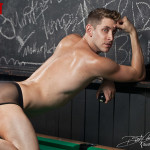 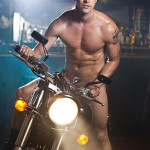