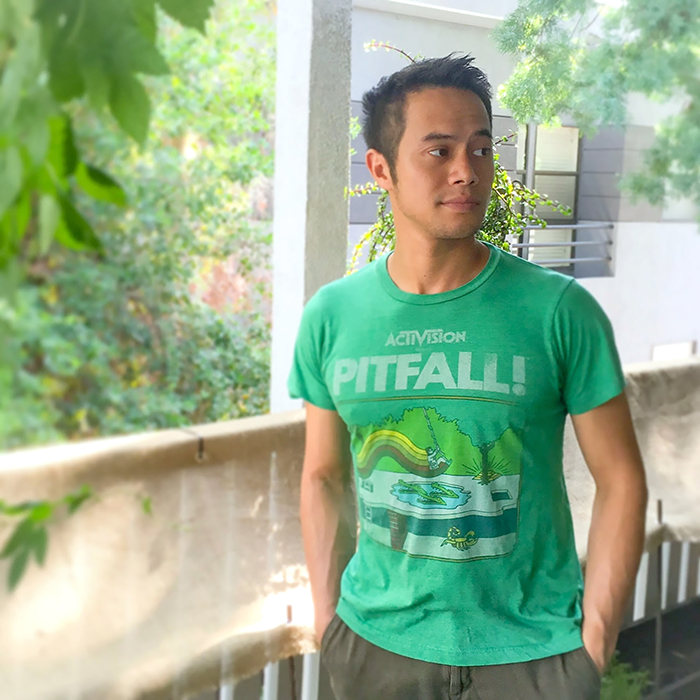 Most of us enjoy playing video games. But some people can become addicted to gaming. Like all other good things in life—it’s all good in moderation. World 8 encourages you to play responsibly.

Many people get addicted to alcohol, drugs, sex, and even gambling. But one of the most common addictions today doesn’t come from a substance or a white powder, it comes from the visceral stimulation and interaction of video-games.

Jeff Young, originally from Indonesia, is one of those victims turned fearless warriors to overcome video game addiction. (Eat your heart out Zelda).

At the age of 31 Young is dancing through life and making huge level ups towards his self-discipline and acceptance. He has a great job, events and an awesome, freaking cool tumblr page featuring sweet Link. The Tumblr name is kangataz… look him up…it is pretty badass.

So what did video games do to you?

I think that at that time in my life there were things such as relationship problems that threw me into playing the video game Monster Hunter a lot. There can be a lot of factors or problems that push you into that escape.

How did gaming get to be so severe?

I played video-games mostly because I would play with my other half and for fun. Then suddenly down the line I started playing more and more and he played less and we drifted apart…He began to stay and watch TV in the main bedroom and I moved into the guest bedroom.

Some gamers can go days without eating. Or some excessively eat and hardly sleep causing them to miss work, phone calls, social events… Did this ever happen to you?

It never got to that point for me. But, I think that I was receiving a sense of fellowship, politeness, and camaraderie that I wasn’t getting in my real life… The acceptance and closeness to some of the players was nice. My ex showed me attention but in a different unfulfilling way. But there was something that just wasn’t filling my tank that online games was doing.

“Suddenly I started playing more and more and he played less and we drifted apart… He began to stay and watch TV in the main bedroom and I moved into the guest bedroom.”

Do you think that such an addiction, similar to Monster Hunter, will ever come back?

With Monster Hunter I was filling a void that my real life wasn’t. Now I sometimes think ahead and avoid playing some games. For example, one of my go to games is Super Smash Bros. It is one of those games that I can turn on, play, and turn off and be completely done. There is nothing that I will miss. But if it was a Role Playing Game… There is always something to do or the story is so expansive that if I don’t keep playing I will forget. So the need to keep playing is there.

Do you feel that this kind of addiction is as destructive as the addiction to drugs and alcohol?

Do you have any advice for others in a similar situation?

I think, for me anyway, counseling helped and being social without a screen, to me, is a better fulfillment…but when we are left alone to our own devices..our minds can play tricks on us…We as humans need human interaction. We just have to be careful that we don’t miss it and try to fill the void with something else.