PASSING THE TORCH | The Fight Magazine 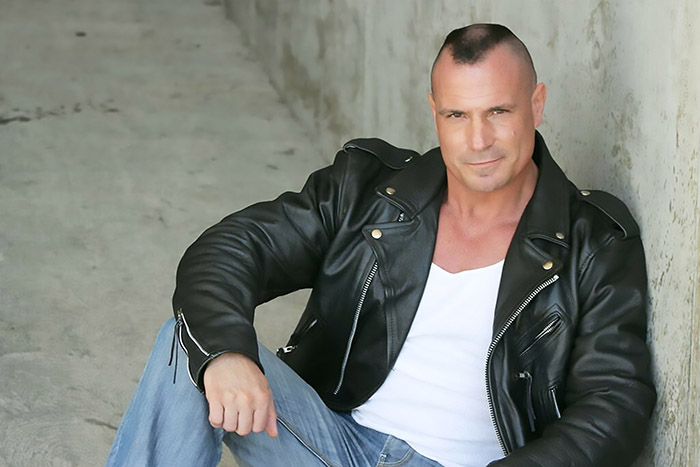 “Gay men of a certain age,” mentors and being confident in yourself and who you are.

It wasn’t fear of rejection—or fear of disappointment—or even fear of failure.  The horror I faced was that I’d get… TOO OLD and forever regret letting the opportunity pass me by!

So about two and half years ago I made the leap. And the experience has exceeded my expectations. Within weeks of submitting my first application, Hot House flew me to San Francisco and cast me in a Club Inferno movie. Raging Stallion was next, then Titan.  I was humbled by the response, undeniably grateful and amazed it was all happening so fast.

When the hell did I become a daddy?

Wait a second, I don’t wear Dockers, I don’t have kids and I’m definitely not a slimy troll trying  to buy the love of young twinks with BMWs.  For God’s sake…I’m a bottom!!!

I felt like those guys Maury Povitch makes take DNA tests, then opens the envelope and proclaims “Christian…you ARE the father!”

The runaway train I found myself on was turning into the Daddy Express.

One night as the cast and crew were eating dinner, the conversation drifted into discussion about how the AIDS crisis literally wiped out an entire age group of gay men…right in the prime of life. We talked about how we were robbed of the wisdom they could have shared with us, the younger men following in their footsteps.

We lost mentors. We lost role models. We lost leathermasters and drag mothers and an entire spectrum of wonderful men and the examples they could have set about being confident in yourself and who you are.

We lost our gay Daddies.

But as the years have passed a whole new generation of 40+ gay men now find themselves populating the age gap left in the wake of this horrible disease.

Our on-set chef put it best… “This daddy thing is like a hot new trend no one’s seen before. It’s cool, cuz we’re the IN thing!”

With Chef’s simple words, my calling became clearer than ever.  We, those “gay men of a certain age” are now stepping into our predecessors’ shoes.  We’ve been passed the torch to continue the work they were pulled away from doing. I was now the same age and …even older…than many of my idols, my role models, my mentors and my kind nurturing older lovers.

I could feel their love swelling inside my heart from heaven.

So get the cameras rolling, get the action going… It’s time to step up to the plate and make all gay Daddies in heaven proud.

See ya in the movies!