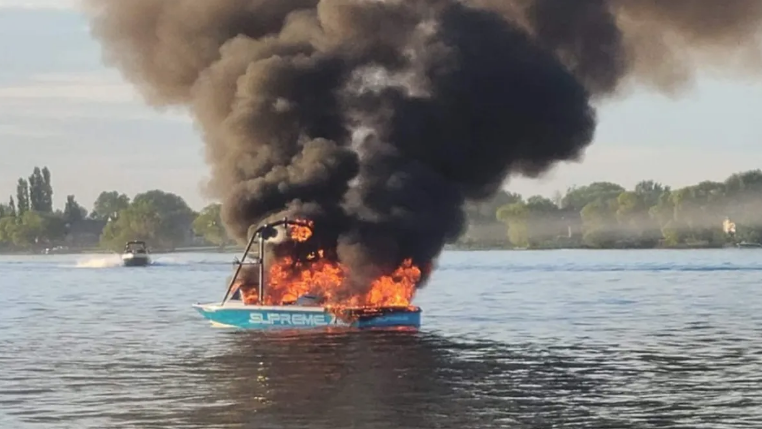 On Tuesday, Newsweek flagged a viral story making the rounds on Twitter and TikTok, in which instant karma befell three boaters who harassed a family sailing with a gay pride flag on Moses Lake, Washington, reports Raw Story.

“Twitter user @retro_ushi_, who identifies as trans and queer, told the story on social media and said: ‘These people harassed my family because we were flying gay pride flags in Moses Lake, Washington, by racing around us and shouting gay slurs. Then, their boat literally blew up! #KarmaIsReal,” reported Seren Morris. “They added: ‘And just ONE more tidbit to really drive the karma in there. The driver literally s*** his pants and everyone saw when his shorts fell off in the water.'”

Ultimately, the offending boaters were rescued, and police doused the fire after the vessel had been charred black. According to @retro_ushi, the most likely cause of the fire was that “they were driving around us so roughly, they either damaged their carburetor or took in water and stalled. Then fumes built up and when they tried to speed away, the fumes ignited.”

Video of the event pic.twitter.com/JYLqulzqea