Town Sets Fire To Effigy Of Gay Couple With Child At Carnival. WATCH! | The Fight Magazine 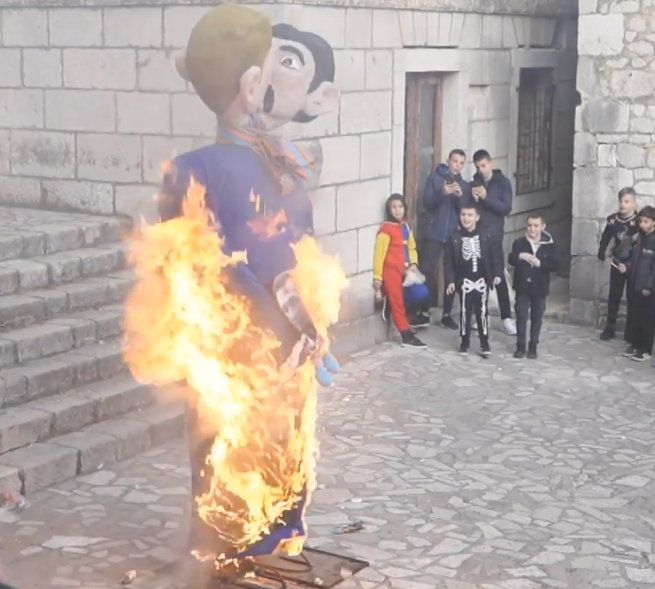 Carnival organizers in the town of Imotski, Croatia are under fire from Croatian president Zoran Milanovic, government officials, and LGBTQ rights group after they burned an effigy of a kissing gay couple with a child as part of annual carnival celebrations, reports Towleroad,

Balkan Insight reports: “Each year, carnivals across Dalmatia select new figures to feature as effigies, often selecting things or people that have made local inhabitants upset and angry. Part of the effigy burned in Imotski clearly showed the face of Social Democratic Party MP Nenad Stazic, who has campaigned in parliament for same-sex couples to be allowed to foster children…”