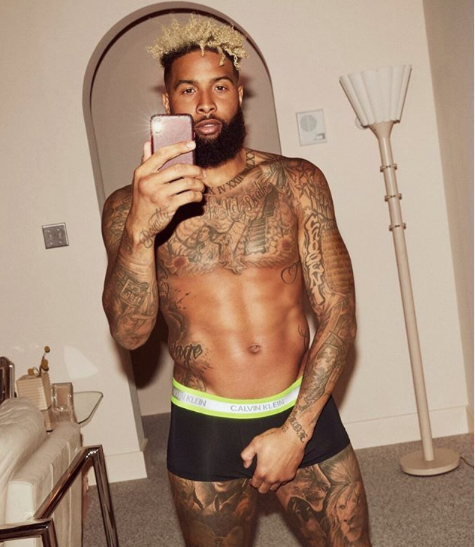 Calvin Klein has signed Odell Beckham Jr, to an endorsement deal for its underwear. To celebrate, the Browns wide receiver posted a photo of himself in the underwear, reports cleveland.com.

The image also brought out numerous homophobic trolls referencing the rumors about Beckham’s sexuality, which he responded to in a recent GQ interview.

“I’ve never had an opportunity to talk about this,” Beckham, who is straight,  said in the interview. “Honestly wasn’t offended [by people thinking I’m gay]. I’ve never once had no problem with anybody who has their own personal life that they live.”