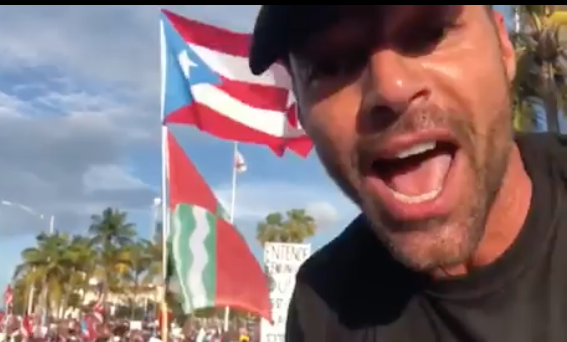 Thousands of people protested Rosselló after a set of messages between him and senior administration officials showed him repeatedly using and condoning misogynist and anti-LGBTQ language.

The leaked messages between Rosselló and administration officials showed Rosselló using the word “faggot” repeatedly to refer to political rivals, many of whom are not gay. Officials also referred to rivals as “cocksuckers” and implied that they were gay as an insult.

“Nothing says patriarchal oppression like Ricky Martin,” Sobrino wrote. “Ricky Martin is such a male chauvinist that he fucks men because women don’t measure up. Pure patriarchy.”