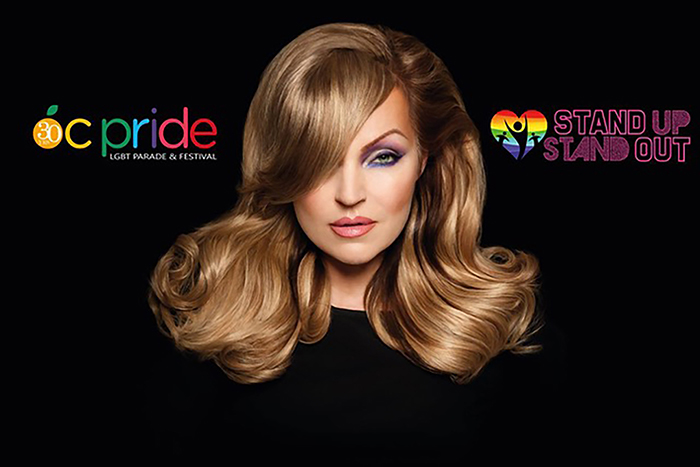 “STAND UP STAND OUT” AT OC PRIDE

Dance legend Kristine W, ranked #3  in Billboard’s “Top Dance Artists of the Decade,” will perform her classic dance hit Feel What You Want along with songs from her soon-to-be-released summer album.

Gay Democratic presidential candidate Pete Buttigieg visited the City of West Hollywood last month. He appeared at a sold out town hall fundraiser which was hosted at The Abbey Food & Bar.

Mayor Pete also joined Los Angeles Mayor Eric Garcetti at a community event in support of Measure EE. If passed, the Measure would raise about $500 million a year, or about $750 per student, by instituting a new parcel tax on residential and commercial property throughout the school district.

The owners of Club Ripples, the oldest gay bar in Long Beach, have announced  they are shutting down the two-story gay dance club that first opened in 1972. Owners Larry Herbert and John Garcia say they will sell the bar and soon retire. They will ring in the bar’s last call this summer. They have owned the bar for the past 40 years.

San Diego LGBT activists are raising funds to increase armed security in and around the San Diego LGBT Center after recent hate-based attacks around the the gay Hillcrest area. San Diego Gay & Lesbian News reports that the shooting at a San Diego synagogue, which left one woman dead and three others injured, as well as the shooting at the busy Asian Bistro on University Avenue, could mean The Center may be next if left exposed without adequate defenses.

Orange County Fair Board voted last month to fly a LGBT Flag at the Costa Mesa Fairgrounds all year round.

The vote was made following Costa Mesa and Laguna Beach’s decision to raise the LGBT banners at their city halls during Harvey Milk Day and throughout Pride Month in June.

The board also voted to adopt a resolution recognizing the history and contributions of the LGBT community.