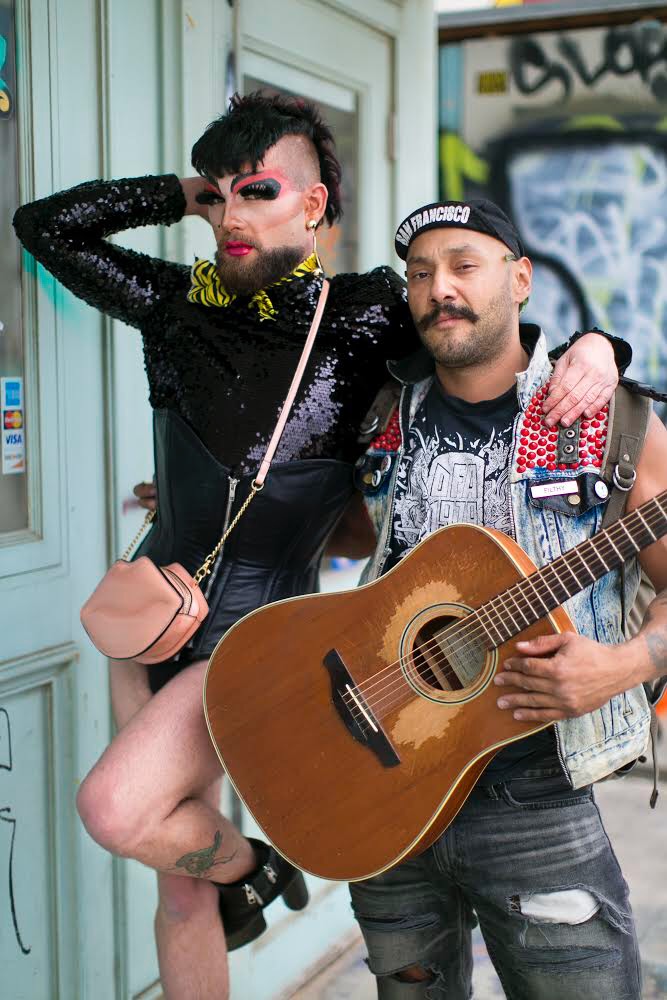 A no holds barred expression of queer identity and a yearning for solace in a world on the brink.

Bitch Please was formed during the last gay gasps of San Francisco’s freak culture before the tech belch blew up and swallowed the scene whole. Broke, distressed and disillusioned, Bretchen Towers and Jacob Van Halen found each other in a dumpster fire of their own making.

Bretchen, a drag superstar on the rise, was desperate to start a new band after her solo act Worthless began to peter out. Jacob, a hermit savant recently out of melodic hiding after a post college stint eating his way across Amuricah, found his muse shortly before moving to LA to pursue his music career.

The chance encounter, a one off performance at SoMa leather bar Powerhouse—with Bretchen on vocals and Jacob on guitar, proved ecstatic and wholly unpredictable.

Feed Me Poppers, Tell Me I’m Pretty, the debut record by Bitch Please, is a no holds barred expression of queer identity and a yearning for solace in a world on the brink. Born on the streets of San Francisco and produced in the Hollywood Hills, “Feed Me Poppers” encapsulates nearly a decade’s worth of friendship, love and resilience in the face of adversity and increasingly rapid change.

Check out their upcoming show dates at www.thebitchplease.com.