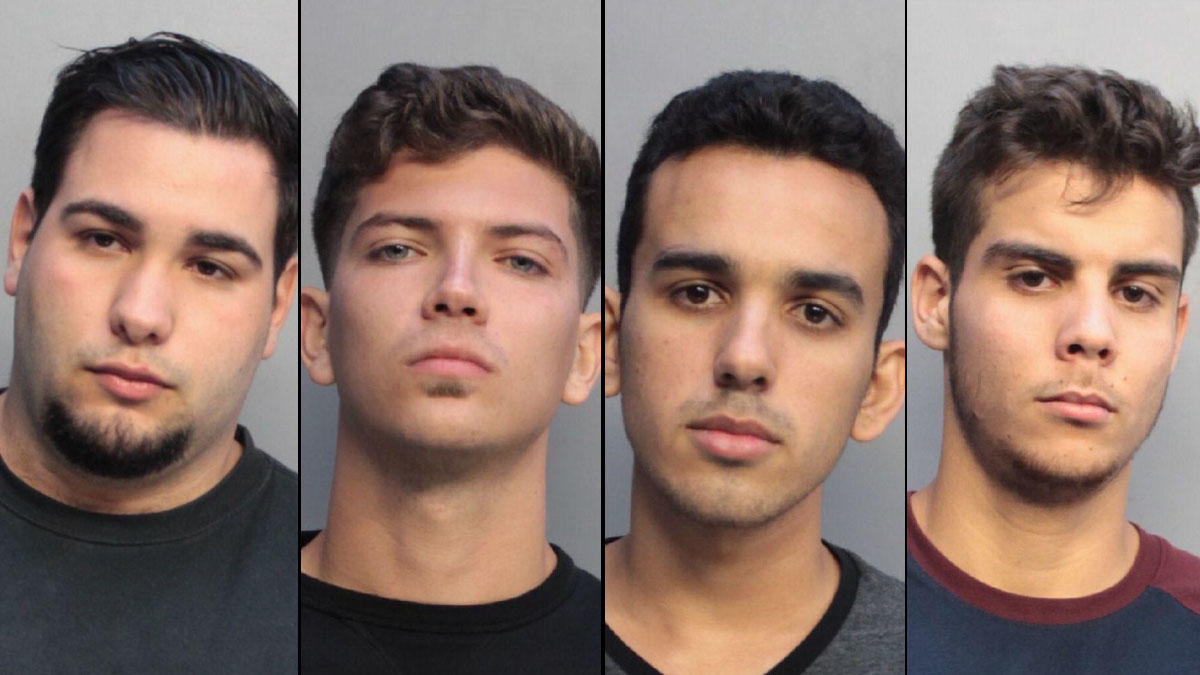 The group was charged with aggravated battery committed with prejudice, which means each could face up to 30 years in prison if convicted of the attack that took place during Miami Beach’s annual gay-pride parade.

Police say the attack happened in April after one of the victims accidentally bumped into 21-year-old Juan Carlos Lopez near a bathroom area near Ocean Drive and Sixth Street.