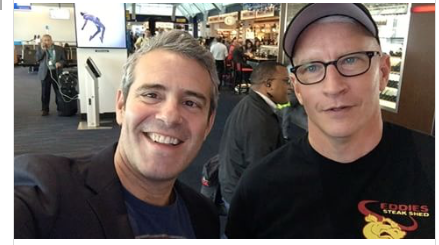 Cooper and Cohen are longtime friends and have been touring the country on a speaking tour.

Kathy Griffin, with whom Cooper hosted the evening with in recent years, was dumped by the network following controversy over a photo in which she held the bloody head of Donald Trump.