Some Advertisers Pull Out of Pride #Resist March (Bye Felicia!) | The Fight Magazine 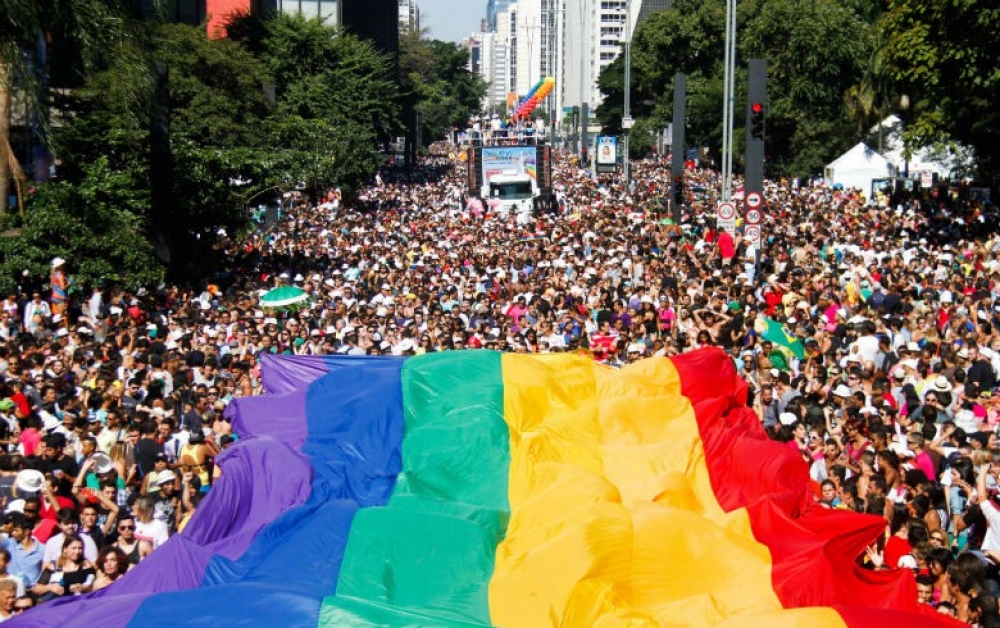 L.A. Pride has chosen to eschew its usual “go-go boys and gayety” parade floats in favor of an old-fashioned protest march for LGBT and minority rights—and some big name advertisers like Wells Fargo are pulling out of the event.

In an interview #Resist March organizer Brian Pendleton told FourTwoNine magazine, “No corporate dollars that used to go to the parade are going to the march,” out of fear of being associated with this year’s “overtly political message.”

This corporate skittishness is a new phenomenon for L.A. Pride, which has traditionally lured a bevy of well-heeled sponsors to its sequined floats as well as its impressive three-day music festival featuring headliners like Carly Rae Jepsen and Charli XCX. Last year’s principal sponsors included Wells Fargo, Vegas.com, Bud Light and Skyy Vodka, which describes itself as “steeped with the progressive spirit of California.”

But this year, as organizers decided to shelve the open air trucks filled with go-go dancers, corporate interest has cooled. Only one of last year’s sponsors, Nissan, told Four Two Nine that they planned on supporting the march. (Three others didn’t respond.) While the event is 55 days away, leaving plenty of time for would-be sponsors to change course, Pendleton doesn’t seem optimistic. “Community members are behind this, but the corporate community is somewhat dubious and nervous about it,” he said.

“I find it amazing that we’ve been able to get corporations on board with the celebratory frivolity of a parade, but when it comes to standing up for human rights, it’s making them a little bit nauseous.”

Paul Gomez, California spokesman for Wells Fargo—a sponsor of L.A. Pride since the very early days of the event—told FourTwoNine that “the company is prohibited from supporting political events,” before going on to say “We also don’t want to lose focus on what pride is all about.”

Apparently no one has ever told Mr. Gomez or Wells Fargo that the original Pride parades were organized in response to attacks on the LGBTQ communities from the likes of Anita Bryant and John Briggs. Fighting for the right to live free, queer lives is inherently political, and that is what Pride is, and will always be ”

UPDATE: in an email to THE FIGHT the organizers requested to clarify that “the event is not Anti-Trump… We are all about building bridges while retaining our rights. Many of CSW sponsors are planning on returning this year. Delta, Sky Vodka, Redbull, Barefoot Wine, Nissan, Budweiser and Blue Shield. Many of the sponsors come on just before the Weekend. We look forward to seeing who else will be joining us.”

The #Resist March will begin this year on June 11 at Hollywood and Highland—the site of L.A.’s first official Gay Pride parade—and travel three miles to West Hollywood Park. The march’s description on Facebook originally read, “Floats and marching bands are nice when we are not at war. Now is the time we shake things up and take to the streets.”