The Uncomfortable Truth Of Milo Yiannopoulos | The Fight Magazine 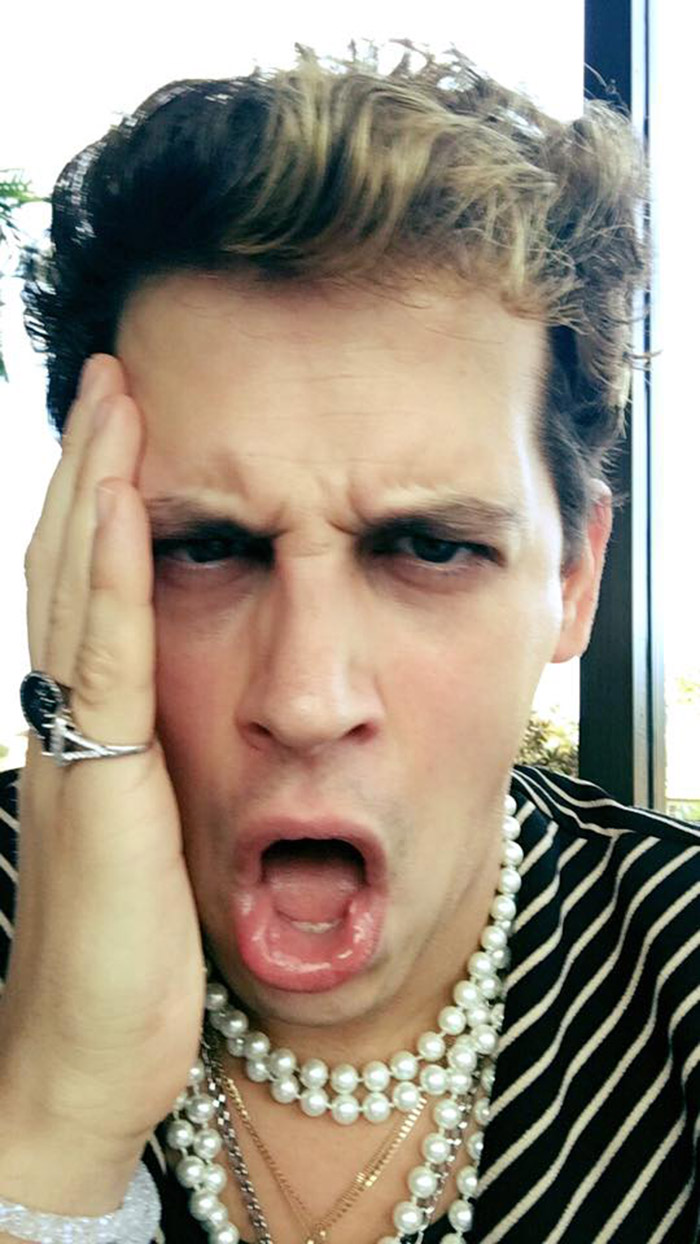 Milo’s acknowledgment of sexual encounters with adult men when he was a teenager was a bridge too far for his friends and foes alike.

I come not to praise Milo Yiannopoulos but to bury him. After a violent clash with protestors at Berkeley, the self-proclaimed “free speech advocate” and darling of the White Supremacist “Alt-Right” seemed on the precipice of glory. With a book deal from Simon and Schuster, invitations to appear on mainstream political roundtables the likes of Real Time with Bill Maher, and a key note slot at CPAC, the Breitbart Senior Editor appeared on the verge of attaining Ann Coulter-like levels of cultural saturation and influence, only to be engulfed in a firestorm of controversy and plummet—suddenly, dramatically—into the metaphorical sea.

It was not his overt racism which brought Milo low, not his virulent misogyny, nor the incoherent transphobic bile he recently spewed all over Bill Maher’s set (bile the political comedian sadly lapped up). His ascent was not halted by the dangerous misinformation he routinely spread, or the gleeful savage cruelty with which he spread it. Milo is a monster, a proudly amoral sociopath, but sadly none of these sins was egregious enough to eject Milo from polite society. The arrow that tumbled Yiannopoulos’s meteoric ascent was fired by his own hand, though it was none of his numerous social malformations but something much more complicated.

Shortly after his appearance on Real Time a video surfaced of Yiannopoulos wherein he described without shame experiences he had as a “young teenager” with “older men.” He was not advocating pedophilia (sexual relationships between adults and pre-pubescent children), but rather he was drawing on his own experiences as a teen pursuing sexual experiences with adult men (a relationship properly described as “pedagogy”), and the benefits he felt those experiences brought to him personally.

Of all of Milo’s speeches and public appearances that I have been able to watch (and in the service of writing this essay, I have watched many) it is the most sincere I have ever seen him, the most awkward, the most honest, and the most vulnerable. But that was a bridge too far for Milo’s friends and foes alike. Breitbart’s great avatar of “Free Speech” learned to his detriment that his fans only loved him when he was speaking the uncomfortable truths that they wanted to hear.

Later he would try and clarify, to expound on the nuanced nature of such encounters, to allow that at least some of his teenage encounters with adult men might have involved unhealthy power imbalances, may have in fact been damaging in some way to his budding sexuality. The great loather of victims even acknowledged that he himself may have been victimized. But it was too late, the damage had been done. He’s been excoriated by talking heads on the Right and the Left, called “disgusting,” and “monster,” and worse.

And of course he is disgusting, he is a monster, and I for one am elated that—for the time being at least—I won’t have to see his hateful, malicious, bleach-blond head on my television screen. But I hate that this absence will be because of this. Not because he’s an objectively shitty person, or a bully, or a promoter of lies so toxic they are corrosive to the very fabric of the Republic. No, Milo Yiannopoulos had sexual encounters with adult men when he was a teenager, and he had the temerity to not only acknowledge those experiences publicly, but refused to be ashamed or performatively victimized by those experiences—and that just can’t be tolerated by the Right or the Left.

The thing is, experiences like the one’s Milo has described, wherein gay teenagers seek out adult men—for sex, approval, and emotional support—are quasi-universal. I know precious few gay men who didn’t go hunting for just such experiences when they were teens. I myself had similar encounters when I was a young teenager (though not quite as young as Milo, and not with a teacher or a priest: situations of such extreme power differential that I have trouble seeing how they could not be damaging on some level) and I have similarly complicated/not-negative feelings about those encounters. I don’t feel like a victim, in fact I remember at the time feeling an overwhelming sense of empowerment accompanying each encounter. That’s not to say I recommend such encounters. I most emphatically do not. Cruising the park at 16-years-old was incredibly dangerous, incredibly foolish, and I am keenly aware of how lucky I was not to have met the wrong person. I could have been hurt. I could have been killed. But I wasn’t. The blossoming of sexual identity is a fragile and mysterious thing and many teenagers are simply not ready for sex. But I was. Or at least I thought I was.

But there is little room for nuance in the public sphere when you are discussing sex between men—even less when one of those men is still a teenager. It’s subject that even gay men don’t want to talk about, don’t want talked about at all. In fact I have been asked not to write about Milo, or my teenage excursions. I was told—by friends of mine—that any such honest accounting on my part could only stoke pearl-clutching and renewed fears of the “predatory queer” on the Right, but I think it’s important in this moment, to share my story. Not for Milo—that dude is an embarrassment our people and if I ever see his face on my television screen again it will be too soon—but for the young gay men awakening to their sexual identity now and in the future.

As a teenager I sought out sexual experiences with adult men because it was really the only avenue of exploration available to me. I would have preferred emphatically the safety and convenience of just being able to ask my classmates out on dates and explore my sexuality with people my own age—just like everyone else I went to high school with. I would have loved to have been able to turn to my parents and other guiding presences in my life for advice—but I couldn’t. And now in some places, in some towns and some schools, maybe teenage boys can just ask each other out. Maybe their experience has been embraced and normalized. And that’s amazing, but until it’s the norm young gay teenagers are going to continue to put themselves into precarious situations.

It’s important for gay men to talk about these uncomfortable subjects, to be honest about the experiences that shape us, because those experiences do not happen in a void. They are very much a product of the world gay men find ourselves thrust into—a world our parents and teachers are complicit in creating.