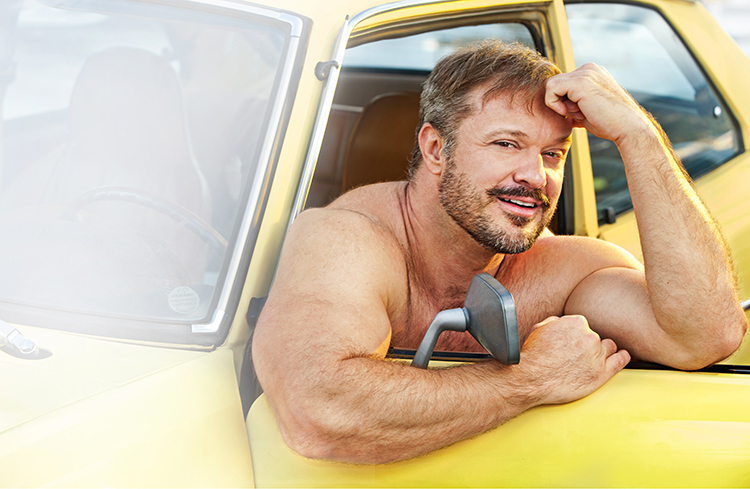 Automotive designer Bryan Thompson on living your passion, mentoring young people
and listening to the tiny voice inside.

“Car design is just like bodybuilding,” states automotive designer Bryan Thompson. “I’m really into surface development.  Creating a beautiful surface on a car is just like doing it in the gym.  The difference between a sexy, taught surface with muscular tension, and one that’s flaccid and weak is separated by mere millimeters, and it takes time and consistent effort to get it just right.”

With 15 years in the automotive industry, designing for major car companies including Nissan, Peugeot and Volvo/Mack Trucks, Thompson reveals, in an interview with THE FIGHT, that as a child he always saw cars and objects as creatures. “Everything from our family Tercel 4WD, to the Bang & Olufsen stereo my mom came home with on a whim in 1979, had a soul or presence in my mind because they ‘affected’ the world they existed in. I thought that since they illicit strong reactions in people, they were somehow alive…  I wanted to make friends with the stereo, the car, the phone, and then create more friends.”

Originally from a small town in Arizona, Thompson says that he has always been “out,” in the sense that there was never a big reveal to be shared. “In 1979 I was only five years old – but I worshiped Erik Estrada enough to tear a photo of him out of the TV Guide and tape it to my wall. Imagine my mom’s surprise when she saw the shot of a shirtless ‘Ponch’ right there over her young son’s bed. I remember how she looked at the picture, did a double take, and then asked, ‘Bryan, I’m curious why you want this in your bedroom?’ I grinned and replied: ‘It makes me feel good.’ To her credit, she just nodded and smiled and didn’t immediately sign me up for analysis. Much later she told me she knew I was gay even before I put up the photo. She let me keep the picture until the crush was over.  That episode stayed with me; My mom taught me a lesson that day in my bedroom: I learned to be proud of my passions.  I learned to not be afraid of who I am or what I want.”

Thompson got his start in the industry after dropping out of college at Arizona State University when a guidance counselor told him car design was a “pipe dream.” Without knowing French, he moved to France, found a camping trailer to live in outside a mechanic’s garage, and proceeded to sneak onto trains, travel Europe and visit every car design studio he could get into. After refusing to leave the lobby at the Fiat Studios in Turin, Italy, until he would be seen, the Design Director spent an afternoon with him and gave him the crucial advice he was looking for. After graduating from College for Creative Studies in Detroit, Michigan, and almost a decade designing at Nissan Design in Southern California, Thompson went freelance. He now designs for multiple industries, from Executive Jet interiors for Embraer, to Airstream Camping trailers, to Entertainment Production Design. He credits the throne from which Katy Perry “Roars” in the music video for the song as one of his favorite projects he’s worked on.

“As I grow older, I want to inspire and mentor young people who are interested in car design… I hope the scholarship I’ve created helps inspire those kids who know they have talent but are told they’re misguided, to get into design,” says Thompson. “This is where they need to be. I was told that being gay was something that would lead to a life of sadness, and that car design was an unobtainable desire. Neither of those things is true, and I’m so glad I listened to the tiny voice inside; just like a muscle, it gets stronger the more you encourage and work it out. I created the scholarship for gay and lesbian students who are interested in being car designers.  I want to inspire that kid out there who’s being told there’s something wrong with him to know everybody is wrong and he’s right.”

As for the future Thompson is planning on more work in design, activism, and television. “I’ve been growing my consultancy work since I left college, and now I want to focus more on bringing light to new talent. I’d love to host a design show,” he reveals.

“We are shooting a calendar to support the scholarship that features gay car designers and industry talent, and I’m really looking forward to publishing that soon. I love making pop culture, informing, creating, and hopefully inspiring.”

“As for my principal design work, it’s a great time to be a car designer. I can rarely talk about the projects I’m working on, but what I can say is that autonomous cars are changing everything from the social space of vehicles to how we will relate to one another on a very human level.  I love my job.”