The Naked Truth | The Fight Magazine 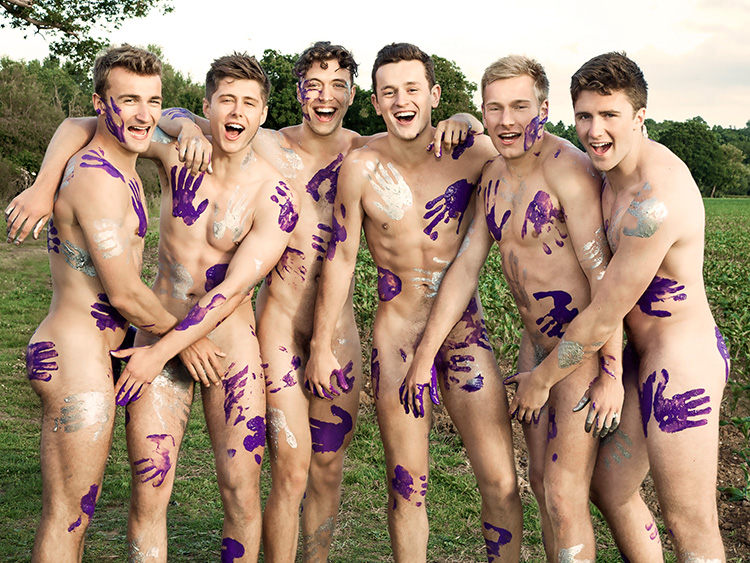 The Warwick Rowers have a special message for Donald Trump. 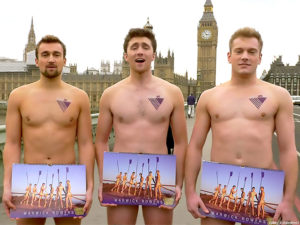 The Warwick Rowers—the men’s rowing team at the University of Warwick in Coventry, England, have tackled homophobia both on and off the fields since 2009, achieving instant recognition as a fundraising initiative that has reached over 140 countries, as well as the world’s top politicians, reports David Artavia at The Advocate.

As a result of their work, their self-funded charity Sport Allies has since become a registered charity.

According to recent reports there has been a 147 percent increase in homophobic attacks in the United Kingdom since the Brexit vote—and the men’s Warwick rowing team worries the recent Trump victory will amplify this globally. So, three of its players stripped naked and sent a Christmas message to Trump and Pence last month.

Lucas, Tom, and Cian (all members of the team) stripped in front of Westminster, the seat of British government and spoke directly to world leaders, urging them to speak against the growing resentment of minority, women’s and LGBT rights across the globe.

“We are here because we have a message for the new leadership team in the United States and for all leaders around the world,” Lucas said.

“As straight allies,” Tom chimed in. “We believe that everyone should have the same human rights, regardless of gender or sexual identity.

“And as athletes,” added Cian, “we believe that sport can play a vital role in creating an inclusive, healthy and happy world for everyone.”

“This year, as every year,” said Lucas, “we have shed our clothes as a symbol of breaking down barriers, a demonstration of the contribution that sport can make to health and wellbeing [one or more guys flexes their guns, tenses their abs, etc.], and as a reminder that we are all equals in this challenging journey called life.”

“So, President Elect Trump and Vice President Elect Pence,” Tom pronounced, “We’re sending you our world famous calendar. In it, as here, we stand naked in front of the world to do what we can to make a difference.”

Watch the video at warwickrowers.org.