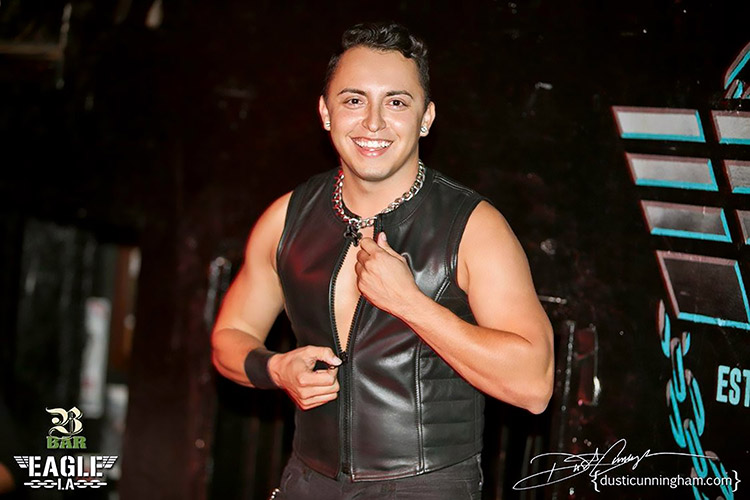 Proving that the gift of giving still exists despite life’s sham, drudgery and broken dreams—L.A. based Johnny Ontiveros, 28, is determined to make this world a better place.

“Every shirt we make is based on a social issue—from being gay to being ‘too skinny,’ ‘too fat,’ suicide and bullying. We help promote a story with everything we do to let people know they’re not alone… we all come with a story that leads to hope,” says Ontiveros in an interview with THE FIGHT.

“We also sell bracelets that allow people to take a pledge not to bully any one in person or online and they get added to our pledge page online,” adds Ontiveros.

Ontiveros’s conviction to help those in need seems to stem from a difficult childhood and upbringing.

“Growing up in Texas my family and I did not seem have luck on our side,” reveals Ontiveros. “From as far back as I can remember I would see my mom stress every day about money—trying to pinch every penny to stay afloat. My father resorted to drinking heavily and did any drug you could think of… My mother got the worst part of it being treated like an opponent in a boxing ring… As the drug use became more frequent —so did the abuse. I recall waking up very late one night to the screams of my mom. I ran into the room and saw blood stains on the blanket—my mom huddled up in a corner and my dad standing over her with a pocket knife in his hand. I ran to her and he yanked me away—his knife slicing my arm.”

“At one point we were so poor—we were living out of a blue station wagon. I always hated the first couple days of every school year because everyone would come in with brand new backpacks and shoes, and new clothes to start the year… it was easier for me to blend in after a few months when I felt more comfortable with my faded clothes…”

“When I was 15 my father was put in prison for attempted murder.  My mom got a job as a server and things slowly started to look up. My mother met someone else—a man who treats her with respect and loves her.  I was happy for her…”

A year later Ontiveros came to the realization that he was gay. Unfortunately that did not go over very well with his mother. “She cursed at me, threatened to kick me out, shouting at me I was going to get AIDS. I freaked and told her it was a phase.  I try my hardest to not be this ‘thing.’  I started to hate myself and prayed for me to not be gay. I resorted to cutting and became hidden from the world.”

“At 17 I slowly started to accept  who and what I was. I told myself I wanted to do something to help others that go through this realization. At school I joined PALS—a Peer Assistance And Leadership program—where we acted as counselors for our fellow peers. That’s when I decided that’s what I wanted to do. I want to be proud of who I am and I want to let others know it’s okay to be who they are.

On the day of his 18th birthday Ontiveros “packed a bag and told my mom ‘I’m gay. I’m sorry if you can’t accept that. I’m not changing. I love you. Goodbye.’”

“After moving to LA I decided I wanted to do something that would made a difference in other people’s lives. So I picked up a second full-time job and then a side job. With that money I created ‘Johnny Angel,’ a non-profit socially conscious business…”

“Everyday someone is bullied or is suffering. We may not be able to change that but we can make people aware. I sell products that make a difference. Hope is still alive.”