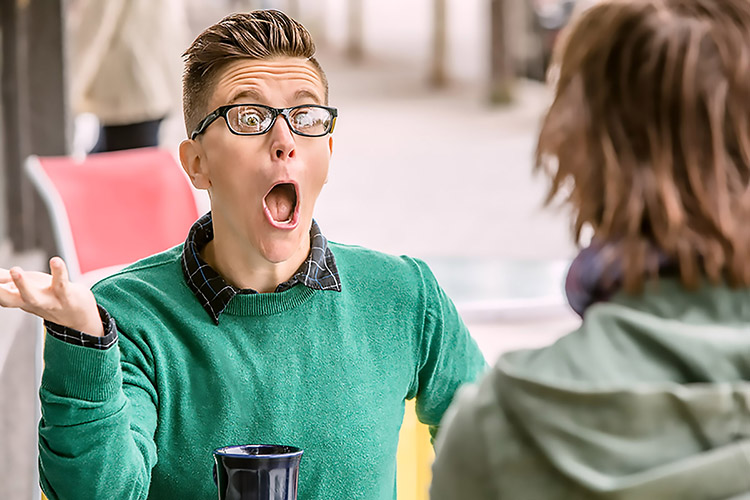 How to survive the holidays if your family voted for Trump.

Did your family vote for Trump? Feeling betrayed, depressed, hurt, angry, or scared? Finding it difficult to imagine being with your family of origin during the holidays?

This presidential election has certainly brought out the worst in people and in our political institutions. It has shined a huge spotlight on the misogyny, racism, homophobia, transphobia, ableism, classism, Islamophobia and xenophobia that continues to exist in the United States.

The Southern Poverty Law Center has accumulated over 400 incidents of increased hateful harassment and intimidation in the first 5 days after the election and the top three types were against blacks, immigrants and the LGBTQ community. Trump’s demeaning rhetoric has ignited the unresolved bigotry and fear of those not wanting to lose power and privilege.

For LGBTQ people, having historically been neglected, despised, and scapegoated by society-at-large, our collective trauma this election season is palpable. Furthermore, our sexual orientation and gender identity intersects with our race, religion, class, body shape/size/ability, age, and other aspects of who we are that can exponentially trigger experiences of trauma and micro-aggressions against our very beingness. If we are members of multiple oppressed groups we feel these injustices in multiple ways.

If your family voted for Trump, despite his campaign promises that deleteriously impact us, it can leave you feeling emotionally raw and wounded. This lack of unconditional love and support from the people we’ve known the longest and are suppose to be there in these moments is incomprehensible.

Many of us have received calls to give Trump and his white supremacist cabinet a chance, that it won’t be as bad as we fear, that this is part of the democratic process, that they voted for economic changes and are not prejudiced and yet we’ve mostly received very little, if any, actual empathy for what we’ve been forced to endure then and now.

It’s not okay for family to support our oppressors in discriminating against us. And, it’s not our job to make family feel more comfortable with their own bigotry. We deserve to have family that will fight with us to protect us from our oppressors and to advance social justice, not sit idly by or encourage us to be passive in response.

So, how do we survive the holidays?

If you’ve reached your limit, are feeling too pummeled by it all, or don’t want to put yourself in harm’s way, the answer may be to spend quality time alone or with family of choice, instead of with your family of origin. Because LGBTQ people usually don’t come from our own, and we live in a heterosexist and cisgenderist world, it’s been important to create our own family of support. This holiday season might be especially important to spend time with trustworthy like-minded souls that share your political beliefs and values. Giving ourselves the time we need to recover, heal and strengthen our internal resolve to affect positive change in the world is necessary. Choosing this option can be about prioritizing self-preservation at this time.

However, depending on your circumstances, you may decide to spend the holidays with your family of origin. They may be tolerant but not supportive, or friendly but not knowledgeable. Or, they may be situationally hostile. You have a choice whether to initiate or participate in political conversations. You have a choice whether to change the subject, request the conversation end or walk away. There is no one perfect way to respond in all scenarios. It’s case specific.

One of the unenviable aspects of being an oppressed minority, or a disenfranchised majority (aka women), is that we often are placed in the position of having to educate others about our oppression. This can be particularly degrading with family of origin when we hear all around us that “blood is thicker than water” and “family will be there no matter what.” And yet, here we are needing to educate our family about our differences. This is another reason to be thankful for our allies and to be a good ally for others who are different than us. Allies can do some of this important work for us and with us.

Speaking to our family about their vote for Trump, and all that this vote entails, puts us in a very precarious position. Despite our best efforts, the conversation may easily slip into character attacks and hurt feelings. We may unearth sentiments we previously were unaware of. However, confronting this potential conflict can also bring greater understanding and closeness with those open enough and empathic enough to understand how we’re affected by their actions.

State the facts without the moral judgments—“I feel betrayed that you voted for someone that has promised to elect Supreme Court Justices that will reverse marriage equality, selected a VP who has actively discriminated against people like me, promotes conversion therapy, etc…”

Listen mindfully to what they have to say instead of what your response will be.

Empathize with them—This does not require you to agree, like or respect their actions/beliefs.

Make direct requests NOT demands – “Given what I’ve shared and how your vote directly impacts my well-being, I need you to vote differently next time and in the meantime to confront homophobia/biphobia/transphobia when you hear it and to take specific actions to protect my safety and well-being (i.e. donations to social justice organizations, letter-writing, signing petitions, sharing information, volunteering, demonstrations, other non-violent resistance strategies etc).”

At the end of the day, no matter how well you articulate your feelings and needs, they may be unwilling to meet them. If your relationship with them is consistently hostile or unsupportive, you may need to set firmer boundaries, including the option of having no contact for a period of time. Treat yourself with the compassion and care that you would like to have from them. Surround yourself with kindred souls to replenish your emotional reserves. Be a good ally for others. And remember the famous words by Howard Zinn, “You can’t be neutral on a moving train.” This Trump train has left the building and is careening toward destruction. Neutrality is complicit with oppression. We must act up and fight for social justice!

James Guay, Licensed Marriage & Family Therapist (#mft39252), is a psychotherapist for individuals and couples at his West Hollywood office specializing in affirmative LGBTQ health and well being. www.LivingMoreFully.com, 310-405-0840. You can watch James & his co-host Heather Dawn, share sex, love and relationship advice via their YouTube/Podcast show: www.thejamesandheathershow.com.