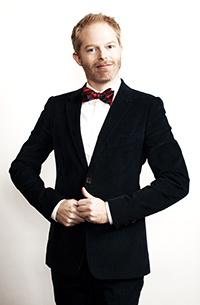 The Los Angeles LGBT Center held the 47th annual Gala Vanguard Awards at the Pacific Design Center in West Hollywood last month. Star of the show Modern Family, Jesse Tyler Ferguson and husband Justin Mikita were honored for their organizations, Tie the Knot, and Thread Experiment, which donates high-quality linens for the homeless youth who receive services at the LALGBT Center.

For more on the Vanguard Awards, visit lgbtvanguardawards.org.

The San Diego Padres announced that they will sponsor the San Diego Gay Men’s Chorus Holiday Show this year in continued efforts to mend the relationship between the Padres and the LGBT community after a mishap last May when the wrong audio track was played during a SDGMC’s performance of the National Anthem. The upcoming holiday show “Jingle,” is scheduled for December 10 and 11, at 8pm at the Balboa Theatre. 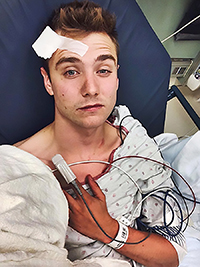 YouTube star Calum McSwiggan appeared at the Los Angeles Airport Courthouse last month where he entered a not guilty plea to filing a false police report after he claimed he was assaulted by three men in West Hollywood on June 27. McSwiggan posted a photo on Instagram as he lay in a hospital bed after the alleged attack, telling his followers that he suffered three broken teeth and required six stitches to his head. However, the Los Angeles County Sheriff’s Department said officers investigated the incident and were not able to substantiate the assault. According to police reports, McSwiggan was arrested for vandalizing a car and was taken to hospital after he began injuring himself with a police station payphone. 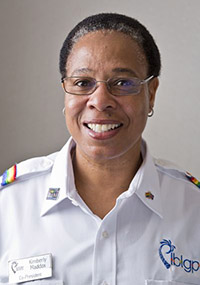 The life of retired police officer and former Co-President of Long Beach Lesbian & Gay Pride, Kim Maddox, was celebrated last month at the Police Officer’s Association Park. Maddox battled Stage IV ovarian cancer for two years. She passed away peacefully on September 9. Maddox leaves behind her wife Macias and the children she and her wife adopted. 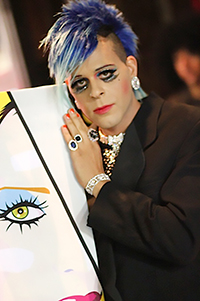 A Celebration of Life event was held last month in Hollywood to honor the memory of the late Alexis Arquette.

Alexis Arquette, actress, activist and staunch supporter for gender transition passed away at the age of 47 from AIDS related complications. Born Robert Arquette, Alexis transitioned into her female self during the late 1990s. Alexis comes from a family of actors. Her father, Lewis was known for his role on the Waltons; her siblings are actors, Richmond, Patricia, David and Rosanna Arquette.

Many of Alexis’s close friends, fellow transgender activists and supporters came to pay respects and honor her memory last month at The Celebration of Life Event in Hollywood, organized by Sham Ibrahim,. A sound and visual tribute payed homage to Arquette, featuring footage from the late star’s movies and short videos, edited by friend Martin Pierron. The music playlist included her favorite artists; David Bowie, Tears for Fears, Madonna, the Killers and the Pet Shop Boys. (Joey Krebs)