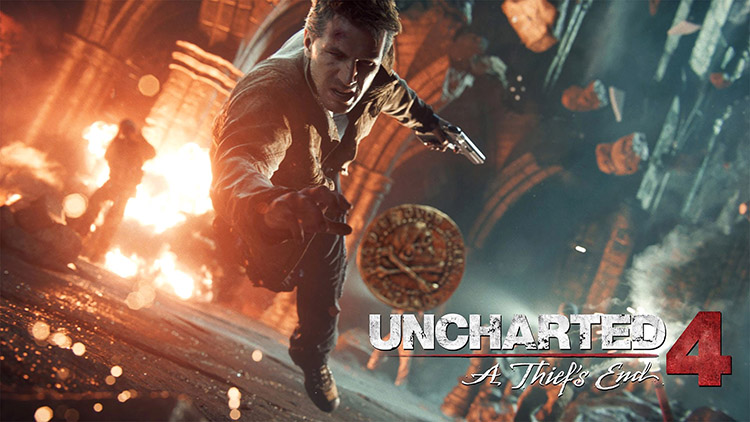 With it’s sleek and slick cover and shoot
system, adventure gameplay, deep story,
and amazing graphics Uncharted is
finally releasing on the PS4 in May.

On November 16th, 2007 Naughty Dog released a game that became a sleeper hit among Playstation fans all across the world. It was a launch title for the PS3 and it received critical praise as well as a number of cult followings for it’s gameplay, story, and characters. The game was called Uncharted: Drake’s Fortune.

Within the next couple of years Naughty Dog challenged themselves tenfold by providing some of the best video game acting and voice overs, but also, their graphical genius. The most articulated ideas conveyed in a Lethal Weapon meets Indiana Jones classic, Uncharted was becoming a series that was a force of nature to be reckoned with.

The story follows Nathan Drake and company on his missions to receive and collect ancient artifacts or discover hidden temples and cities while keeping the powers they possess from falling into the wrong hands.

With it’s sleek and slick cover and shoot system, adventure gameplay, deep story, and amazing graphics Uncharted is finally releasing on the PS4 in May and here are 4 reasons why you should preorder this stellar title from “WORLD 8.” 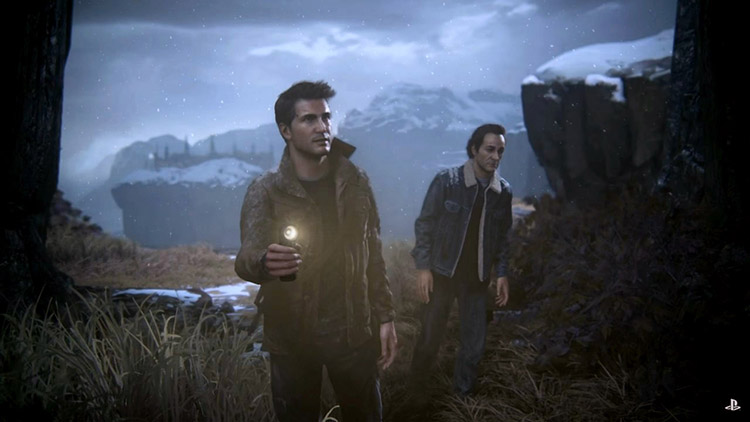 Nathan drake has fallen on hard times MANY times. But this entry sees the hero battling evil baddies for the sake of a last treasure hunt with his long lost brother. Nathan is seen living the simple life with Elena and Sully at his side. So it begs to question..How far can you go for your family after hanging up the mantle. Nathan is about to see a far cruel world among thieves and you are at the center of it all. Because of the LAST OF US naughty dog has gotten critically acclaimed nods for their engrossing stories and characters…And to think, it all started with Nathan..gotta love him…

Not only do you have a ass-kicking story, but you also have the best cover and shoot gameplay mechanics to boot. Expect some hours to burn quick while playing with friends to get king of hill, capture the flag, and other various modes. Also remember the set pieces and action scenarios will be crazier, more suspenseful, and just downright badass..Remember the plane crashing in the third title?  Perhaps the building falling down while you are inside trying to escape in Among Thieves? Chyeah..better grab some popcorn because shit is about to get real. 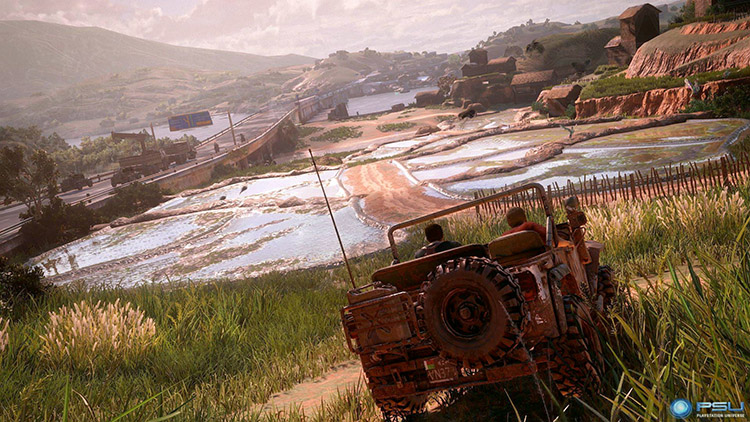 Naughty Dog is good at what they do. No Scratch that…They are downright AMAZING. Their attention to detail can be seen all the way back to the first entry. On the PS3 Uncharted played and looked exceptional while guiding players through their dedicated levels and world with realistic sand, water, and snow. Uncharted on the PS4? Sign me up, already the game is looking to be a contender for game of the year, but also the attention to the car chases, explosions, cities, mud…yes..I said MUD. The physics and lighting are sure to blow fans away again for years to come.

Yeah..I said it. The Acting. Naughty Dog takes great strides to deliver a dramatic story filled with emotions, characters, and brilliant writing. Their actors they don’t take for granted. Nolan North for example has been the bread and butter of the series. His voice for Nathan Drake is iconic and any fan you ask will know him by name. The Last of Us had some of the best writing and acting seen in a game by far and I am sure you are going to get some oscar winning performances with this bad boy. So…bring the tissues.