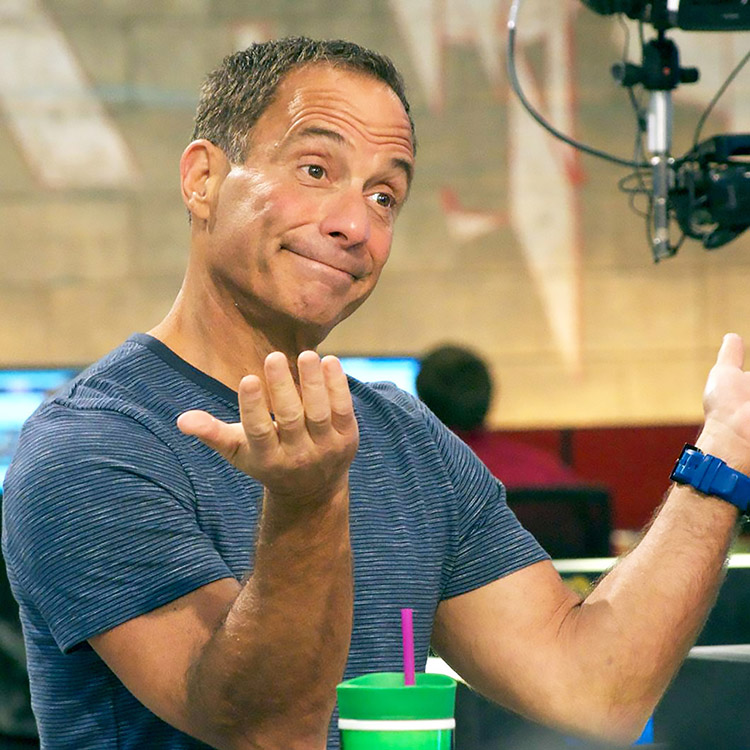 TMZ’s Harvey Levin on why he supports the LA LGBT Center, first published in the Center’s “Vanguard Now” site at vanguardnow.org.

The reason I give to the Los Angeles LGBT Center is very personal and relates to a story that resonates with me today as much as it did many decades ago.

When I was a teenager, I found myself in a profound internal struggle—what I perceived as a mandate to live a “straight” life, despite contrary feelings that were welling to the surface.

I thought I did a pretty good job sublimating those feelings, but someone close to me had a good sense of what was really going on. That person went on with what felt like a homophobic campaign, denigrating LGBT people with epithets and snide comments—without ever confronting me directly.

When I was a teenager, I found myself in a profound internal struggle—what I perceived as a mandate to live a “straight” life, despite contrary feelings that were welling to the surface.

That was my first encounter with anyone who suspected I was gay, and it scarred me for many, many years. I tried harder than ever to lead a “straight” life.

When I finally began to experiment, I felt such shame. If I went to a gay bar, I would wait—sometimes for half an hour—just to make sure cars weren’t passing by the front door for fear a driver might see me enter. When I met someone, I would often use an alias so I could easily cut ties. It actually makes no sense, but that’s what I did.

Short story, I was a mess. This all happened soon after the Center opened. I never used its services, because I was afraid to be seen, but I knew people who did, and I was amazed at how the Center’s health and mental health counselors compassionately handled people with experiences similar to—or much worse than—mine.

We’ve come a long way since then. However, tolerance is measured not by national polls but by individual families, many of which have little tolerance for those whose sexual orientation or gender identity differ from theirs.

The Center has been a place of comfort for so many kids and adults who have been rejected or fear rejection by their families.

The Center has been the mortar in the LGBT community, often quietly providing a lifeline for people with great value, but who have no support.

During the 1980s the Center provided care and comfort to our community as AIDS ravaged thousands. The people who provided these services truly are angels, and the Center deserves profound respect and support in our community.

And that is why I give.