Elton John surprised fans in West Hollywood with a free pop-up concert at the historical Tower Records building on Sunset Boulevard. Sir Elton dipped into his vault of classic hits and he also showcased some new tunes from his latest album “Wonderful Crazy Nights.” Lady Gaga was a musical guest towards the end of the show. The free concert was a thank you gesture towards the City of West Hollywood for all their support of his annual Academy Awards viewing party at the Pacific Design Center on San Vicente Boulevard, which raises funds for the Elton John AIDS Foundation. 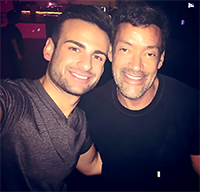 Former West Hollywood City deputy to councilman John Duran, Ian Owens, is reported to receive a $500,000 settlement in an alleged sexual harassment and wrongful punishment involving Duran who was Owens’ boss at the time. The Los Angeles Times reports that Duran and the city admit to no wrongdoing under the terms of the settlement. In his complaint, Owens alleges that he was suspended from his job after he reported alleged misconduct by an aide to another city councilmember. His concerns were ignored, he said, because Duran was angry that Owens had spurned his sexual advances. According to the settlement, the city’s insurers will cover the bill. 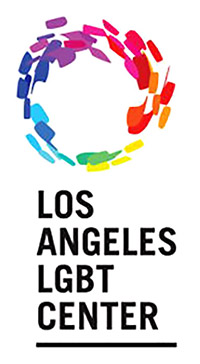 The Los Angeles LGBT Center is seeking Latino and African American/Black men who have sex with men (MSM) to participate in a study that will address racial discrepancies in HIV infection rates, where there is an alarmingly high rate of HIV infections among minority MSM. Prospective HIV positive study participants can contact the Center for more information at 323-993-8912 or mstudy@lalgbtcenter.org.  Potential participants who are HIV negative or don’t know their status can contact UCLA Vine Street Clinic at 866-449-8252 or uclavsc@mednet.ucla.edu.

A dozen students sparked outrage last month when they walked the hallways of Shadow Hills High School in Indio with anti-gay stickers on their ID badges. The badges showed a rainbow with a red line crossed over it. Initially administrators at Shadow Hill allowed the students to wear their anti-gay symbols, citing free speech rights, however later the students were told to remove the badges “pending further investigation.” It was not immediately clear what prompted the change at the school near Palm Springs. 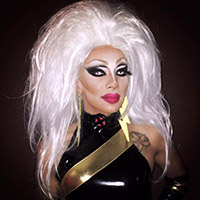 Drag performer Kickxy Vixen-Styles posted on her Facebook page that she was attacked outside of Rich’s Nightclub in the gay Hillcrest area of San Diego early Sunday morning of February 28. Vixen-Styles reported that her attacker was an unruly club patron who had been ejected from the club and waited for her after her shift was over at around 3:30am. The attack happened as she was entering her car. The car door was slammed against her body and he tried to break her window. She screamed for help but was ignored by people passing by, until one person fetched Rich’s security. She didn’t suffer major injuries. San Diego Gay & Lesbian news reports that the Hillcrest area has been the site of a few attacks on LGBT people within the last year. 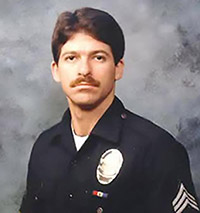 Sgt. Mitchell Grobeson, 57, a retired Los Angeles police sergeant who was the LAPD’s first openly gay officer has pleaded not guilty to pointing a handgun at his husband during an argument. Grobeson entered pleas this month to assault with a firearm and making criminal threats. He’s been jailed since he surrendered after a nearly four-hour standoff at a West Hollywood home.

Grobeson sued Los Angeles in 1988, alleging he was forced to resign after nearly seven years on the job because of discrimination over his sexual orientation. He won reinstatement and sued again in 1996, alleging that he was harassed after returning to the force. He settled with the LAPD in 2013.