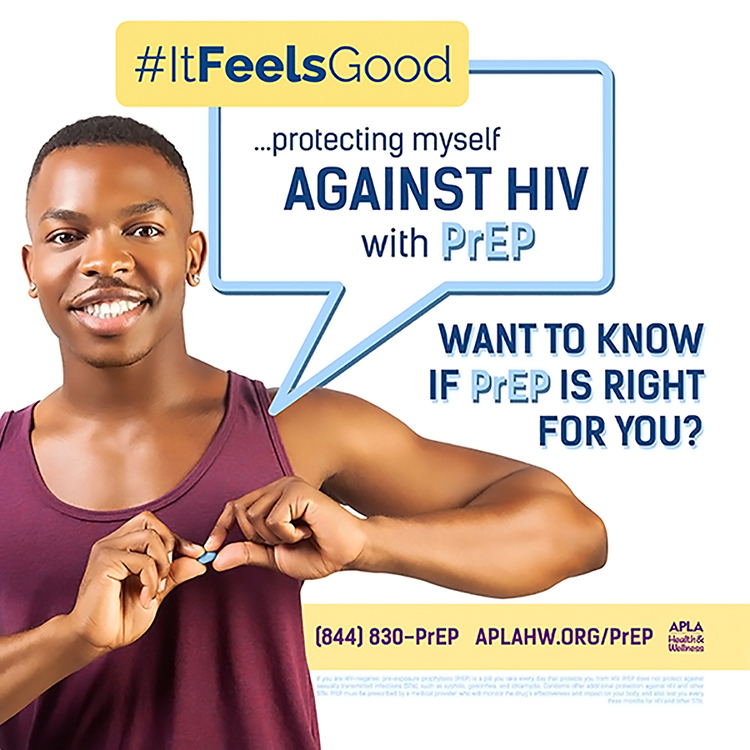 APLA Health & Wellness (APLAHW) announced the launch of their new “It Feels Good” Pre-Exposure Prophylaxis (PrEP) advertising campaign last month. The new ads educate the public about the HIV prevention tool and how to get more information. They have begun appearing on select Metro bus and rail lines throughout Los Angeles.

PrEP is a HIV prevention strategy that involves taking a once-daily pill and has been shown to be up to 99% effective in preventing HIV transmission. When used in conjunction with condoms, PrEP greatly reduces the risk of acquiring HIV.

Condoms also protect against other sexually transmitted infections. The campaign uses the simple statement “It Feels Good…” and completes that sentence with a variety of endings, such as “It feels good protecting myself against HIV with PrEP,” “It feels good discussing PrEP with my doctor,” and “It feels good telling my friends that PrEP helps protect them against HIV.”