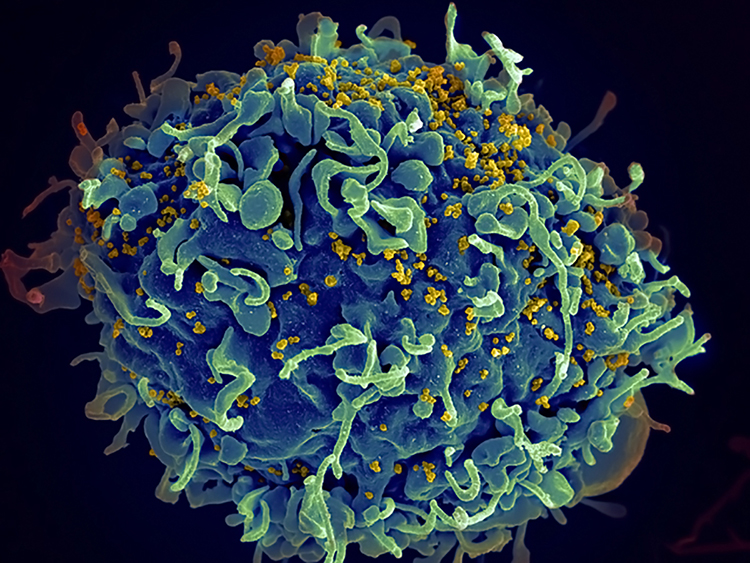 A World Without AIDS

Scientists at the National Institutes of Health (NIH) have created a protein that awakens resting immune cells infected with HIV and facilitates their destruction in laboratory studies, reports sciencedaily.com

The protein potentially could contribute to a cure for HIV infection by helping deplete the reservoir of long-lived, latently HIV-infected cells that can start making the virus when a person stops taking anti-HIV drugs. Further studies in animals and people are needed to determine the viability of this approach.

The researchers found that the protein triggered the activation and killing of latently HIV-infected helper T cells when the cells were taken from patients on antiretroviral therapy and then incubated in the lab with the patients’ own killer T cells.

In addition, the scientists found a monkey-adapted version of the protein to be safe and well-tolerated when given to monkeys infected with a simian form of HIV and receiving antiretroviral therapy.

The engineered protein has two ends: one activates T cells by binding to a surface molecule called the CD3 receptor, and the other–based on an antibody called VRC07–powerfully binds to more than 90 percent of HIV strains.