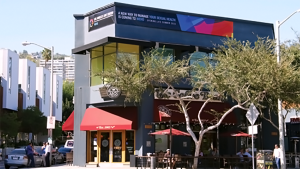 The Los Angeles LGBT Center-WEHO opens this month just above Gym Bar and the Coffee Bean & Tea Leaf on Santa Monica Blvd in the heart of WeHo’s Boystown. The new 2,600-square-foot facility was designed specifically to provide sexual health related services in a sex-positive environment. It offers free HIV and other sexually transmitted infection (STI) testing, STI treatment, access to pre-exposure prophylaxis (PrEP) and post-exposure prophylaxis (PEP), and a variety of free condoms. Center-WeHo will replace The Spot on San Vicente Boulevard and will be open weekdays from 11am to 2:30pm and 4:30pm to 6:30pm

In related news—a new L.A. LGBT center will also open in Boyle Heights this month called Mi Centro at 533 S. Clarence St. It’s designed to cater to Latinos who live in the neighborhood.

For more information on Center-WEHO and Mi Centro, visit: lalgbtcenter.org. 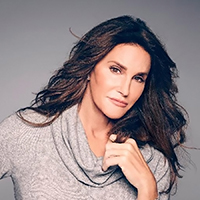 Point Foundation held the annual “Voices on Point” Gala this month at the Hyatt Regency Century Plaza in Los Angeles. Point Foundation is the nation’s largest provider of financial support, leadership training and mentoring to LGBTQ students of merit.

Get your walking shoes on. The 31st annual AIDS Walk Los Angeles returns to West Hollywood Park on Sunday, October 11, located at 647 N. San Vicente Boulevard. Sign-in is at 8:30am; the opening ceremony is at 9:15am. The actual AIDS Walk Begins at 10am.

STATE ABC BOARD SHUTS DOWN MICKY’S

The State Board of Alcoholic Beverage Control (ABC) shut down Micky’s in West Hollywood from October 1, through October 30.

WEHOville.com reports that the closing is a penalty levied by the ABC board against Micky’s after an investigation in 2013 of charges of lewd conduct and giving away alcoholic beverages for free. The lewd conduct charges had to do with alleged contact between bar patrons and Micky’s go-go dancers, as well as go-go dancers exposing themselves.

The OC Ride For AIDS is set for this month on Saturday, October 24, starting in Irvine at the William R. Mason Regional Park. Cyclists take on the task of raising funds for the AIDS Services Foundation by taking on the other task, of pedaling through some of Orange County’s most breathtaking scenery. The AIDS Services Foundation helps more than 1,600 men, women, children, and families in Orange County living with HIV disease. Services include food, transportation, housing, emergency financial assistance, kids and family programs, mental health counseling, support groups and HIV education and prevention services.

Get your makeup, wardrobe and wigs ready for this year’s West Hollywood Halloween Carnival, which is set to go down Saturday, October 31, from 6pm to 11pm on Santa Monica Boulevard between Doheny Drive and La Cienega Boulevard.

Each year, the City of West Hollywood hosts its Halloween Carnaval—one of the most unique Halloween gatherings in the world. With an estimated attendance of approximately 500,000 people, it is one of the region’s largest events. Staged over a one-mile stretch of Santa Monica Boulevard/Historic Route 66, Halloween Carnival will feature live entertainment and incredible people-watching. Although this event is open for all to enjoy, children and pets are not recommended.