The Day After | The Fight Magazine 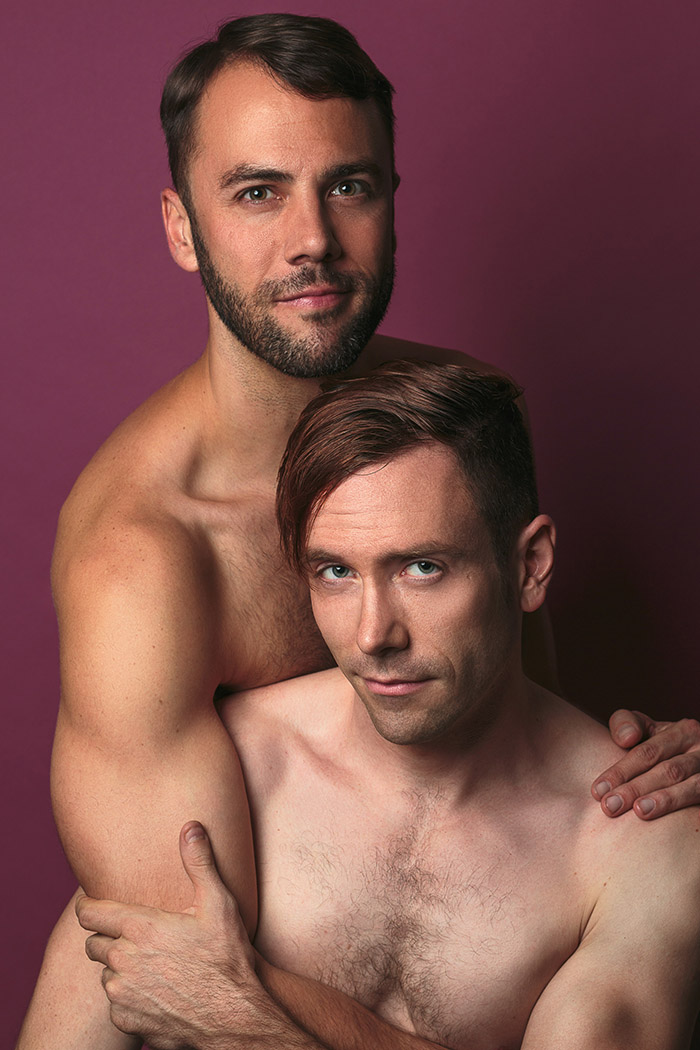 Kit Williamson is an actor and filmmaker, best known for playing Ed Gifford on the final two seasons of Mad Men and creating the critically-acclaimed Logo web series EastSiders, which is now available on iTunes, Hulu and Amazon Prime. John Halbach is an actor and executive producer on the series, and also works as a social media strategist creating digital campaigns for Broadway shows. They have been in a relationship for the past eight years and announced their engagement shortly before the Supreme Court began hearing the case for marriage equality. They interviewed each other for THE FIGHT about what the ruling means for their relationship, the gay community and the country.

John: Alright, it’s a little unusual sitting here in our living room interviewing each other on the couch, with the cat.

John: But this is an unusual situation! The Supreme Court has just made history. Gay marriage is now legal everywhere in the United States. A lot of people never thought we’d see this day.

John: A lot of the southern states had passed laws against gay marriage.

Kit: Right. 13 states had laws on the books. I don’t think it’s a coincidence that a lot of those same states also had anti-miscegenation laws on the books when Loving Vs. Virginia made interracial marriage legal.

John: I remember being so elated when my home state of Minnesota passed marriage equality in 2013. My parents lived in the city and I remember visiting and seeing all the orange Pro 99 signs EVERYWHERE so I wanted to be confident it was going to go our way, but after the heart break of Prop8 you just couldn’t tell.  Thanks goodness it did go well, for my mom’s sake if nothing else, she would’ve been so mad! How does it feel for you, knowing that our marriage will be recognized in Mississippi?

Kit: I’m surprised by how much it means to me. And my mom, Jonell is pretty psyched too! It’s affirming to see how quickly the gay rights movement has progressed and it makes me really of emotional to think about how certain I was as a kid that I would never meet anyone, much less get married to an amazing guy like you. 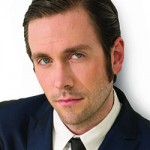 Kit Williamson: “Even though we’re engaged, it bothers me when people act like married couples are somehow better than partnered couples or people who have chosen to be single. I hope that all people, gay and straight, feel the freedom to forge their own paths in life and in their relationships. Marriage isn’t some magic bullet that completes a relationship, or a person.”

Kit: It also makes me more passionate than ever about fighting for equal rights, knowing that we now have a target on our backs in a lot of ways. We cannot allow this decision to get picked apart and legislated into oblivion the way Roe vs. Wade has been. The right to choose has been eroded in this country and is almost nonexistent in Mississippi; there is only one abortion clinic in the state and it is regularly under siege by protestors and politicians introducing measures that would cripple their operation, such as forcing doctors to have hospital admittance rights.

John: Right, it doesn’t feel like it’s over. People have been trying to overthrow Roe vs. Wade my whole life. We need to constantly be on the look out for the gay equivalent of trans-vaginal ultrasounds.

Kit: And we need to find solidarity with other causes, like the fight for equal pay for women, or trans rights, or the black lives matter movement. We can’t let this victory make us complacent or divided.

Kit: Exactly. We agree on a lot of things!

Kit: Because we can now. Anywhere!

John: Let’s do it in North Dakota.

Kit: No thank you.

Kit: It’s supposed to be lovely. I’ve always wanted to go to Portland. We were supposed to go on a road trip to Portland but then you made us move to New York City.

John: Let’s talk about something else. Jodi Kantor had an interesting piece in The New York Times about feeling a twinge of loss for our outsider culture. Do you feel like this makes us a little less cool?

Kit: I definitely feel the pressure to have a traditional wedding coming at us from all angles. Most people assume that’s what we’re doing because that’s what they did. I don’t think it’s intentional; people just want to relate their own experiences to ours. That’s the way norms are reinforced, right? You give a little girl pink princesses her whole childhood and she grows up thinking all boys are made of puppy dog tales or something.

John: For all our subversiveness, some gay men are pretty guilty of reinforcing gender norms.

Kit: I don’t want to see our community straight washed. I love how diverse LGBT people are. So many of us grew up being told that the way we were was wrong, that our mannerisms were wrong, that we couldn’t pass. Then we grow up and find out that we’re actually just special and awesome and the things that made us different are our favorite parts of ourselves. That said, I’d be lying if I said I don’t sometimes struggle with insecurity about being “too gay.”

John: Especially as an actor.

Kit: I’ve definitely had people tell me I was too gay, and that I would need to “work on that.” Not referring to my work, by the way, referring to me, to my face, in a meeting.

John: Do you think marriage equality is going to reinforce this idea that gay people need to behave exactly like straight people?

Kit: I do. I think it’s all jumbled together in the same part of our brains. Norms serve a function; they help people understand society. But a lot of people don’t take the time to analyze WHY they think little girls should have pink princess dolls. I don’t necessarily want the same things for our marriage as a newlywed straight couple.

John: What do you mean?

Kit: Well we’ve talked about how we don’t necessarily want kids, at least not now. And a lot of things like that aren’t really as pressing a concern for us because we don’t have a deadline on that, biologically.

John: There’s a lot of pressure on married couples to have kids, as though their relationship is somehow less valid if they don’t procreate.

Kit: Which is ridiculous. Babies are great but there are a lot of other reasons to get married.

John: Speaking of kids, what do you think this means for gay families?

Kit: I can only imagine how affirming it must be.

John: Not that everyone has to get married to have kids.

Kit: Do you think there’s more pressure on gay couples to get married now?

John: I think there’s definitely more of an expectation, but certainly no more than is placed on straight couples.

Kit: Even though we’re engaged, it bothers me when people act like married couples are somehow better than partnered couples or people who have chosen to be single. I hope that all people, gay and straight, feel the freedom to forge their own paths in life and in their relationships. Marriage isn’t some magic bullet that completes a relationship, or a person.

John: But you do get a registry.

Kit: That’s true. You could register for
a magic bullet.

John: What does marriage mean
to you?

Kit: Marriage means spending the rest of your life with the person you love. It means I cannot imagine being happy without you. It means the cat is officially our human baby. What does marriage mean to you?

John: It means you’re my guy and I’m you’re guy, the two of us are a family, and we’re in this crazy life together.

Kit and John are engaged to be married in March, 2016. Probably in March. They don’t know where, so stop asking, they still have a lot of time left to decide. You can follow them on twitter at @KitWilliamson and @JohnHalbach and you can find out more about their show at www.EastSidersTheSeries.com.