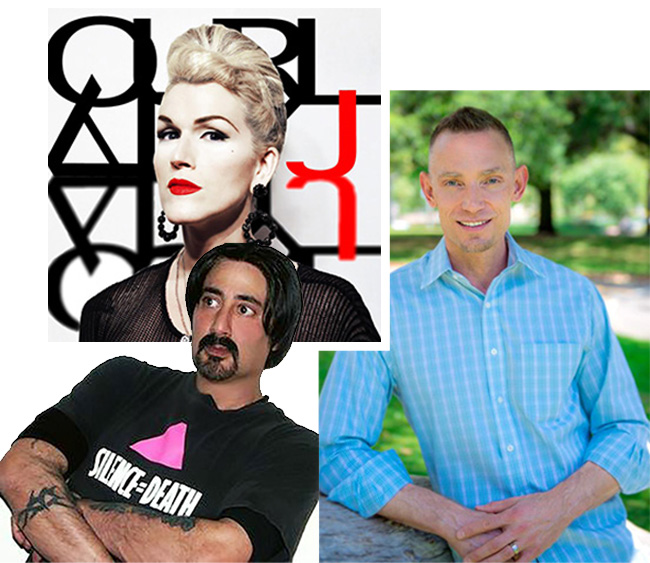 In celebration of West Hollywood’s 30th anniversary of Cityhood, One City One Pride takes a look at what it means to turn 30 with the theme “WeHo@30, Life@30.”

When West Hollywood was founded 30 years ago, it was the first city in the nation with a predominantly LGBTQ City Council. As the LGBTQ community has become less marginalized, what does this mean for both the community and the City? For many individuals, the big ‘30’ looms large as a modern rite of passage into full adulthood, something not everyone is ready for judging by the scores of online profiles seemingly stuck at “forever 29.” The AIDS movement is now in its 30s, and a major component of One City One Pride will be a look back at the impact AIDS has had on art with ‘WeHo@30: Art AIDS WeHo’, which continues through September with extended exhibits and performances.

Of course the biggest event happening during Pride is the LA Pride Parade and Festival produced by the City of West Hollywood’s community partner Christopher Street West on June 12, 13 and 14.

One City One Pride is sponsoring art installation within the festival grounds that are visible for free to the public during the free day on Friday.

Outside of the LA Pride celebration here are some of WeHo’s One City One Pride events.

This monthly reading series debuts a new LGBTQ work, “The Irreversible Decline of Eddie Socket” based on the novel by John Weir and adapted by Michael Sheppard. Free admission.

Free validated parking will be provided for the 5-story Public/Park Parking Structure on El Tovar Pl.

These annual awards honor those who have made a significant contribution to the LGBTQ community. This year’s honorees are Jon W. Davidson (Lambda Legal); Mikel Gerle and Brendan Rome (TRIBE); Our Lady J (musician and writer); Jimmy Palmieri (Tweakers Project); and Elaine Suranie (actress/director). Free admission. RSVP at www.weho.org.

The annual TransPride festival will take place on June 20 with entertainment, food, drinks, workshops and resources.

A TransPride Exhibit featuring work by Sandy Stone and others will be on display in the Advocate & Gochis Galleries at The Village at Ed Gould Plaza from June 19 – July 18. There will be a free opening reception Friday, June 19 in conjunction with Big Queer Convo featuring a conversation with Sandy Stone and Kate Bornstein. Big Queer Convo in Renberg Theatre at 8pm, reception in gallery to follow. Free. www.facebook.com/TransPrideLA.

A DAY OF THEATRE

One City One Pride presents a free day of theatrical performances in Plummer Park featuring various staged readings and productions.