The Rostow Report by Ann Rostow | 02.15 | The Fight Magazine 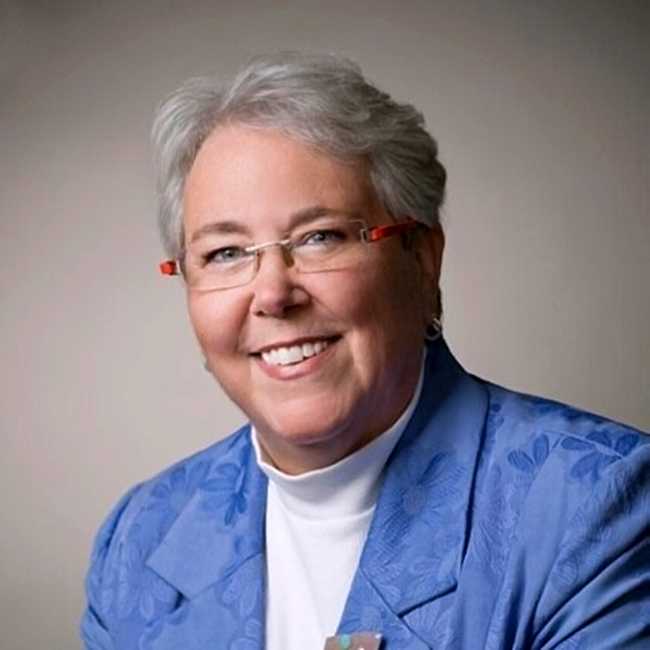 “… In the course of all the [marriage equality] hoo-haw, Patricia Todd, Alabama’s gay legislator, told her holier-than-thou fellow lawmakers that she wouldn’t hesitate to tell the press which of her colleagues are having extra-marital affairs if they didn’t lay off the smarmy rhetoric about marriage.”

MOMENT OF TRUTH
AROUND THE CORNER

I’m sure THE FIGHT readers know by now that the U.S. Supreme Court has agreed to review the marriage cases coming out of the four states in the Sixth Circuit; Michigan, Ohio, Kentucky and Tennessee. Two of the cases involve marriage equality, and two others are limited to marriage recognition. As such, the Court asked lawyers to address two questions: First, are states constitutionally required to marry same-sex couples? Second, are states constitutionally required to recognize legally married same-sex couples who got married outside their borders?

Some observers have jumped to the simplistic conclusion that the Court has given itself a so-called “off ramp,” preserving the option to rule that, on the one hand, states don’t have to offer marriage equality, but on the other hand, they do have to recognize all the marriages from their sister states. Such a compromise looks on the surface as if it would satisfy states’ rights adherents, while effectively legalizing marriage throughout the country.

But actually, that sort of half-baked result would overturn the decisions from dozens of lower federal courts and no less than four federal appellate circuits. Most likely, it would lead to similar antigay rulings from the Eleventh, Eighth and Fifth Circuits. And worst of all, it would no doubt lead recalcitrant states like Oklahoma, South Carolina and Idaho to roll back marriage celebration rights that are already in place.

Last, the arguments in favor of marriage recognition are quite close to those that buttress marriage equality. For the Court to weave in and out of constitutional focus by ruling yes on the first and no on the second would be leave the legal situation, and the country, in a mess. Just the sort of chaos that the Court is theoretically obliged—not to foment—but to resolve.

MILES TO TROMP BEFORE OUR WORK
IS DONE

The Court accepted these cases at the last minute, on January 16. That leaves relatively little time for briefs, due in mid-April, and will probably lead to late April oral arguments. The equality people have ninety minutes to talk, while the recognition people have an hour. A decision is expected at the very end of term, last days of June or maybe the first day or so of July.

Much speculation in our legal community now revolves around whether the Court will issue a strong gay rights ruling, based on Equal Protection, a vague gay rights ruling that leaves our community’s constitutional status still shrouded, to steal a phrase from Justice Scalia, in “legal argle bargle,” or a classic Due Process opinion that extends the fundamental right to marry to same-sex couples without necessarily advancing our underlying cause. What’s most important is that virtually no one believes the five-member gay rights majority will rule against us.

In an earlier article on this subject, I fretted about my personal fear, the idea that Chief Justice Roberts would side with the majority, assign the opinion to himself, and deliberately compose a clunker of a ruling that grudgingly allows marriage without advancing gay equality. I was cheered, however, when a distinguished law professor assured me that Roberts is extremely unlikely to move to our corner, not even for strategic purposes and not withstanding the knowledge that a minority stand will land him on the wrong side of history for posterity. Good. I hope he’s right, because that sort of maneuver could result in a mishmash of concurrences and individual essays with scant impact on our legal work going forward.

And going forward is what it’s all about. Even with marriage equality in the bag, we have miles to tromp before our work is done. Without a strong opinion, without a High Court precedent that will stop antigay shenanigans in their tracks, the door is open to all kinds of religiously based backlash laws. Already, the Washington Blade reports, a dozen states have proposed antigay bills that range from the right to refuse service, to prison time for public servants who issue marriage licenses. Yes, some of these proposals are absurd. But it only takes a few to embed discrimination into the infrastructure of state law. Oklahoma, for example, has no less than eight antigay measures on its legislative agenda.

Meanwhile, in a busy month for marriage equality, the U.S. Court of Appeals for the Fifth Circuit   heard arguments on three marriage cases out of Texas, Louisiana and Mississippi. In a stroke of luck, we pulled a fairly reasonable three-judge panel out of the country’s most conservative pool of appellate judges, so there’s actually a chance that the outcome will be positive. Even so, an appeal to the full Fifth Circuit would likely reverse a victory. Plus, there’s a chance that this litigation might stall pending the activities at the High Court.

Over in Alabama, a federal judge overturned the state’s marriage ban in two separate decisions, leaving the ruling on hold until February 9 as a courtesy to state officials. Sure enough, said officials have asked the Eleventh Circuit to stay the ruling throughout the appellate process, but here’s the catch. This is exactly what happened to Florida the month before, and in that case, the Eleventh Circuit refused to cooperate. Florida then ran screaming to the Supreme Court, where again, no extended stay was issued and the Sunshine State was promptly added to the marriage equality list.

Considering that the identical situation is now at hand in Alabama, there’s every reason to expect that the stay will expire on February 9 and marriages will then begin in the heart of Dixie. Alabama’s Chief Justice, Roy Moore, promptly released a letter explaining that the state is not under the jurisdiction of federal courts, particularly those using “specious pretexts” in their attempt to trample on Alabama’s God given right to define marriage. Moore, famous for refusing to dismantle a ten-ton Ten Commandments installation in the state’s main courthouse (despite, yes, a federal court order) cited four cases from over a century ago, along with some scripture, in making his ludicrous argument.

Oh, I have to add that in the course of all the hoo haw, Patricia Todd, Alabama’s gay legislator, told her holier-than-thou fellow lawmakers that she wouldn’t hesitate to tell the press which of her colleagues are having extra-marital affairs if they didn’t lay off the smarmy rhetoric about marriage.

IF YOU CAN’T DO IT, WATCH IT

And a bakery in Denver refused to decorate two Bible-shaped cakes with antigay messages, leading the outraged customer to file a discrimination claim. Bill Jack wanted one cake to read “God hates gays,” and he wanted the other to show two men embracing with a big “X” on top. The baker refused, but you know what? Colorado forbids discrimination on the basis of race, creed, sexual orientation, etc. It doesn’t forbid a baker from refusing to ice a swastika, or in this case, a nasty comment. And no, it’s not a violation of Mr. Jack’s Christian faith either. I’m assuming the relevant state agency will tell this guy to Jack off.

Finally, I was pleased by a court ruling in Illinois, where a Chicago area community college banned some religious nut from passing out antigay fliers. The nut sued, and won, which reminds us again of the power and wisdom of the First Amendment, which forbids viewpoint discrimination in a public setting. The baker can say no to hate speech, but the state can’t and nor should it. Instead, it’s up to those of us with the opposite viewpoint to triumph in the marketplace of ideas, where we surely shall. No other country protects freedom to such a degree, and indeed, ironically, we’ve just seen the French call for greater hate speech restrictions in the aftermath of Charlie Hebdo.