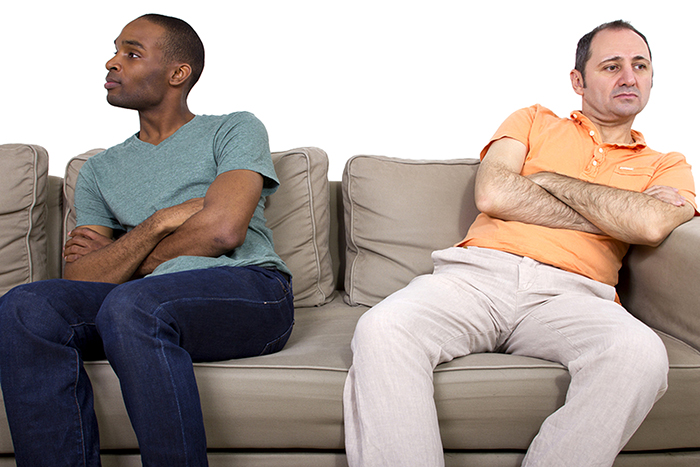 35% of adults with combined finances admit to having hidden a purchase, bank account, statement, bill, or cash from their significant other.

Has your spouse cheated on you?  No, I am not asking about emotionally or sexually—I mean financially! A January 2014 online survey by the National Endowment for Financial Education (NEFE.org) found that 35 percent of adults with combined finances admit to having hidden a purchase, bank account, statement, bill, or cash from their significant other.

Thirteen percent of respondents said they have committed more severe deceptions, like lying about the amount of debt that they owe or the amount they earn. 76 percent of the time, this deception affects the relationship.

The IRS (Internal Revenue Service) even has a rule about cheating spouses when it applies to jointly filed tax returns, called “Innocent Spouse Relief”. It provides an exception to the general rule that both signers of a joint return are individually liable for the entire tax due plus penalties and interest.

Generally, when a taxpayer signs a joint return they are liable for the entire tax due, even if the taxpayer later divorces their spouse, did not earn the income that generated the tax, and did not know about the omission of income from the joint tax return, nor of claiming erroneous deductions.

Under the innocent spouse rule, a spouse may claim to not be jointly liable if they did not know about the errors and did not benefit from them. Therefore, cheating isn’t only about a tryst on the side, cheating can get you into big trouble with the government!

Becoming married is a legal contract between the marrying spouses, a 2012 study showed that arguing about money is a top predictor of divorce.

Certainly, trouble from the IRS based on deliberate lies would be grounds for any divorce, so ethics is mandatory.

Red flags that could indicate financial infidelity include such items as one spouse becoming resistant to talking about finances, or becoming defensive or angry around the subject of money.

It could be large purchases without prior discussion, the discovery of bills or receipts for items previously unknown, and dramatic changes in monthly account balances. It could also be finding that new lines of credit were opened in your spouse’s name, or even worse, in your name without telling you first! Your spouse could be hiding bills or bank statements, or suddenly they could turn to cash spending instead of credit card spending. Your spouse may suddenly change account passwords and refuse to give you the new ones… there can be many signs of financial infidelity, you need to be aware and to pay attention.

Preventing financial infidelity should be the priority for couples, rather than overcoming infidelity afterwards; prevention should be based on having a financial roadmap for the married couple, a determined budget, an agreement on savings, expenses and investment, and an open dialog on long term financial goals. It is important that both spouses work through financial differences so that there is no perception of unfairness, and that common financial goals are agreed upon in a trusting environment. Both spouses should have equal access to account passwords, and review the data and financial plans regularly in an open, trusting fashion, so that the only infidelities any couple need to consider are emotional and sexual, not financial.

Grant Gochin is a Wealth Advisor and CERTIFIED FINANCIAL PLANNER(tm) professional at 16200 Ventura Blvd # 415, Encino, CA 91436 Ph: (818) 827-3410. Grant is married (to a man) and he and his husband have one son. Questions and suggestions for future articles should be sent to him at grant.gochin@raymondjames.com.

Securities offered through Raymond James Financial Services, Inc. Member FINRA/SIPC The Fight Magazine is not affiliated with Raymond James Financial Services, Inc. RJFS does not provide tax advice or tax preparation. You should discuss any tax or legal matters with a qualified professional. Any opinions are those of the author and not necessarily those of RJFS or Raymond James. The information has been obtained from sources considered to be reliable, but we do not guarantee that the forgoing material is accurate or complete.