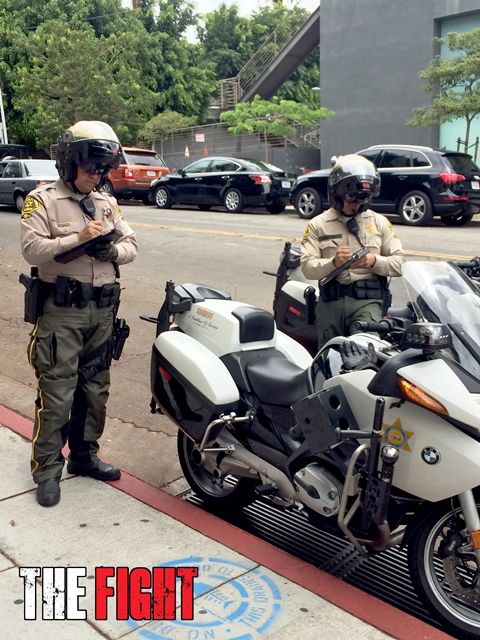 Pedestrian and crosswalk safety efforts came with a hefty price for 50 or so individuals who happened to be on Santa Monica in the heart of West Hollywood on Aug 3.  A sheriff’s department team issued over 50 citations during a pedestrian safety operation.

“We hope we don’t have to write a citation to anybody, but we do them for safety reasons,” Smith told WEHOville.

“I think it’s totally bogus,” Kevin Chase told THE FIGHT after he was issued a jaywalking ticket that day.  “There were two of us. We waited on the curb until the traffic light changed and were maybe three steps into the crosswalk before the pedestrian sign changed to Walk. We may have led the signal by a couple of seconds, but it was green well before we were even to the median.” 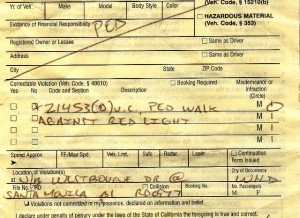 “It had little or nothing to do with public safety and everything to do with gotcha policing,” Added Chase–a Los Angeles resident, who was in West Hollywood to meet friends for coffee. “There were two cops sitting on motorcycles just waiting to catch someone in that two-second window between the traffic light turning red and pedestrian sign turning green. I get that the city needs the money, but seriously, give the ticket to the guy who crosses in front of traffic and out of the crosswalk.”

According to Smith, fines for the violations will be determined by the courthouse, so he was not able to provide the amount of the tickets.