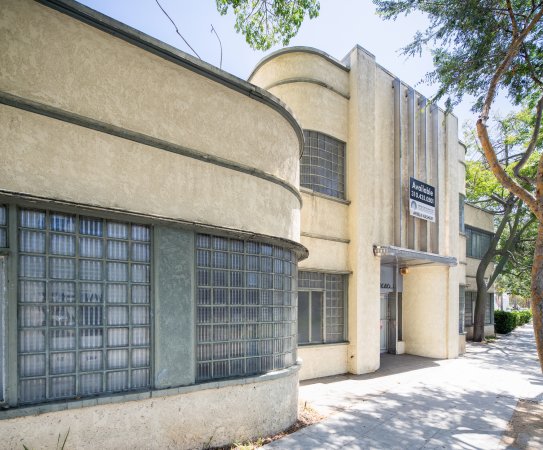 The Los Angeles Conservancy released an alert today asking for help in saving the Welton Becket-Designed Streamline Moderne Building in West Hollywood, located near the WeHo/Beverly Hills gateway.  A proposed development project in West Hollywood calls for the demolition of this rare and significant building designed by the renowned firm of Wurdeman and Becket.

The 1938 building at 9080 Santa Monica Boulevard once served as a Jones Dog and Cat Hospital. This is an early work by Wuderman and Becket, known as Streamline Moderne commercial architecture

“The Conservancy is not opposed to the development of a mixed-use gateway project at this location,” reads a press release from the Los Angeles Conservancy, “but not at the needless expense of a historic building that could be integrated and reused as part of the project.” 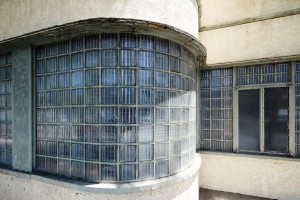 The press release adds that last month developers agreed to work with the preservation community and evaluate options for incorporating the building into the project. The project’s Environmental Impact Report (EIR) identified the building as eligible for listing in the California Register. The Conservancy is hopeful that a revised plan will come forward soon, but until that happens, and a new plan is introduced and adopted that retains the building and its eligibility as a historic resource, the conservancy is asking everyone to reach out to the City Council for support.

The City Council is scheduled to decide the fate of this landmark on August 18.

The press release added the following tips to help save the building:

Please write to the West Hollywood City Council by Sunday, August 10. You don’t have to live in West Hollywood to send a letter of support, but if you have friends who do live there, please encourage them to write a letter because council members can be influenced by the opinions of their voters.

In your own words, tell them that the Jones Dog & Cat Hospital building is worth preserving. Be sure to mention that:

Feel free to use any or all of the following points:

Please also email the city clerk and specifically request that your letter be placed into the public record:Â Yvonne Quarker – yquarker@weho.org