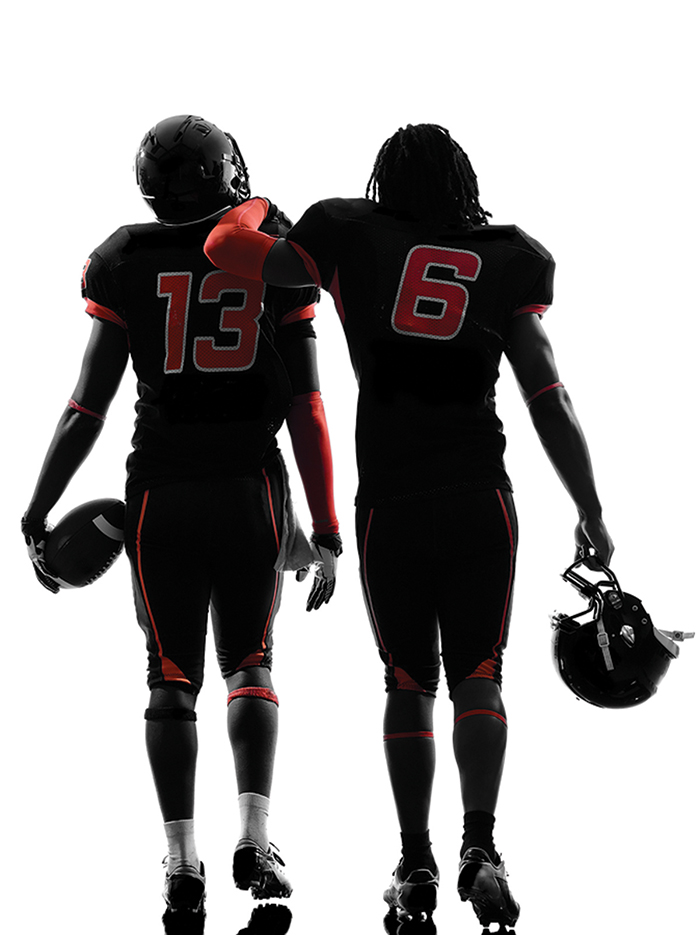 For too long, I had this image of myself as a gay man that was too defined by what others tell us we need to be.

Stepping onto the field for football league tryouts brought up all the anxieties that kept me out of sports in high school.

> I was 31 years old before I threw a football for the very first time. Like a great deal of gay boys, I was awkward and a little bit “different” while growing up. My family members didn’t know quite what to do with the pudgy, shy kid that would rather go to the library than go outside and play, so I never played sports at all growing up.

Even as I got into my late teens and early twenties and figured out that I was gay, I thought sports were simple and stupid, the domain of the Neanderthals that had bullied me as a teenager or were seen as potential bashers as an adult.

I even got my undergraduate degree at the home of one of the most popular NCAA basketball teams in the country, the Syracuse Orange, without attending a single game. I now realize that I was brainwashed.

I was brainwashed into thinking that sports and sports related activities were the domain of the type of man that I could never hope to be. That man was intensely physical, masculine, and athletic. That man was confident and secure in himself. That man was aware of his abilities and physicality and knew that he could morph that to fit whatever sport he saw fit.

I didn’t figure out until shortly after my 30th birthday that I had somehow become that man after years of strength training and physical fitness classes, and that there had been a lot I’d been missing out on by placing limitations on myself.

For too long, I had this image of myself as a gay man that was too defined by what others tell us we need to be. They tell us that we are supposed to be preternaturally cultured, that we care deeply about fashion, and that our ensembles must be meticulously chosen before we step foot out of our impeccably decorated abodes.

Even as a college student watching my classmates go crazy over Syracuse University basketball, I thought that I was somehow above the obsession. I thought that because I was gay I had more highbrow things to concern myself with in my free time. Then, just a few years after college, it happened: I got hopelessly, painfully addicted to March Madness. I found it utterly intoxicating to transfer the intense pride I have in my alma matter to its basketball team playing a sport that is pretty damn easy to follow.

After a few games and seeing my beloved Orange go all the way the final four, I was hooked. Soon after, I wasn’t content to just watch sports, I wanted to play, too… so I decided to swallow my pride and nervousness and sign up for the New York City Gay Football League.

Stepping onto the field for football league tryouts brought up all the anxieties that kept me out of sports in high school. I was nervous that I would drop a pass, or trip and fall down, or somehow remind everyone watching that I was still that pudgy teenager that was afraid to play and not the strong and fit man that stood before them. However, the leaders of the league seemed keenly aware of this, and made sure we knew it was all about fun. And man, was it fun.

Going in for a long pass and actually catching the football sent intense waves of pride, shock, and happiness through my body. In my very first game, I was a fierce competitor, snatching flags and taking other guys down when I could, and relishing the aches and pains in my body as I tumbled to the ground while doing so.

Although my very first time receiving the ball I made it a grand total of three yards before face-planting in the turf, I did so in the midst of delirious and uncontrollable laughter.

When I play sports, I feel like I’m reclaiming something that was taken from me, which is the right to decide for myself who I am and what I like to do. It’s amazing that we live in a world where we have an openly gay NBA player and will soon have an openly gay NFL player. We talk a lot about what the images of these men mean for gay youth, but I can tell you as a fully grown man that they mean a lot to me, too. While I lament the fact that I’m discovering this wide and wonderful new world of sports at the exact moment that my body seems to be slowing down a bit, this is all so fresh and new and fun that it is worth the aches and pains.

Besides, if I want to someday be the kind of dad that throws around a football with his kid, I eventually had to learn how to do it. Better late than never.