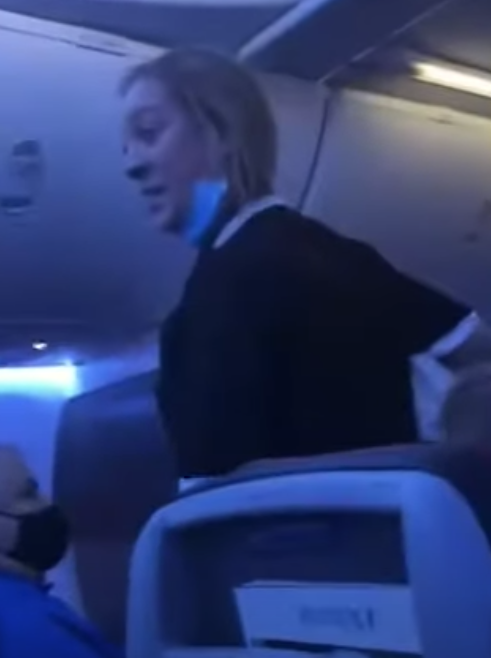 Video taken by passengers on a Dallas-bound flight shows a woman wearing a mask under her chin and shouting homophobic statements as she and her travel companions are removed from the plane for refusing to wear a mask.

The user who posted the video (below) said that the woman and her children were forcefully removed from an airplane departing from Orlando International Airport for refusing to wear a mask and insulting other passengers. The post doesn’t say which airline the flight was on.