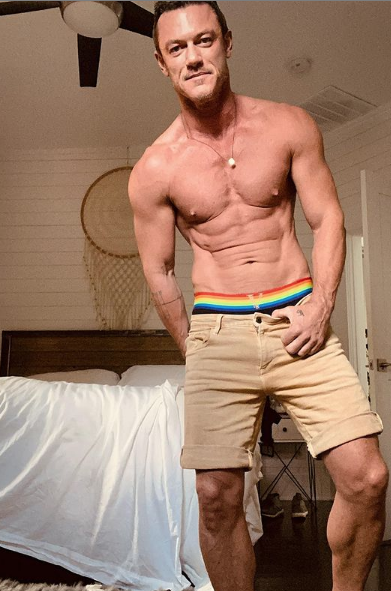 Posing in a just-visible pair of rainbow-striped Versace underwear while on location in Atlanta, Georgia, Evans wrote: “Wear your pride. Live your pride. Be your pride. And be kind. Everyone deserves to have happiness. Human rights belong to everyone. #happypridemonth and every other month of the year!”

While Evans rarely discusses his personal life publicly, he is arguably one of the most famous openly gay working actors in Hollywood right now, with prominent roles in mainstream projects including Peter Jackson’s The Hobbit trilogy, TNT procedural The Alienist, Universal’s horror reboot Dracula Untold. Most famously, he portrayed the swole, swaggering antagonist Gaston in Disney’s live-action remake of Beauty and the Beast—and is expected to reprise the role in its upcoming prequel, The Little Town.