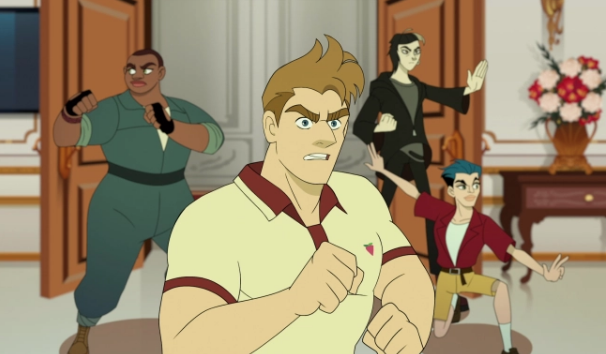 Q-Force centers on Steve Maryweather, aka Agent Mary, was once the Golden Boy of the American Intelligence Agency — until he came out as gay. Unable to fire him, the agency sent him off to West Hollywood to disappear into obscurity. Instead, he assembled a misfit squad of LGBTQ+ geniuses — expert mechanic Deb (Sykes), master of drag and disguise Twink (Rogers) and hacker Stat (Harrison) — and together, they’re Q-Force.

The 10-episode series will premiere September 2.