KARMA: Sheriff Fires Lesbian. She Runs For His Office. Wins By A Landslide. | The Fight Magazine 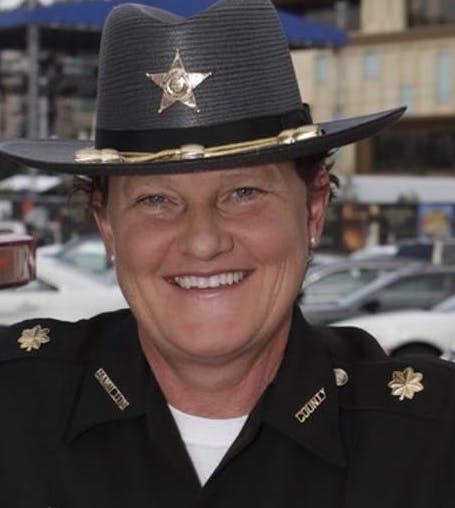 In a heated race in Ohio, Democrat Charmaine McGuffey ran to be both the county’s first female and first out LGBTQ person elected sheriff. She also ran against the man she alleges fired her because she’s a lesbian – current Sheriff Jim Neil, a Trump-supporting Democrat, reports LGBTQ Nation.

And she stomped him at the ballot box, winning approximately 70 percent of the vote.

“The current sheriff and I got into a pretty serious disagreement about the practice of him not holding officers accountable for use of force and harassment of women, female officers, and female inmates,” McGuffey told LGBTQ Nation. “He fired me. So after about a year or so of contemplating, I decided I can do a better job than him.”