Aaron Hernandez Brother: He Came Out To Our Mom Before His Suicide. WATCH! | The Fight Magazine 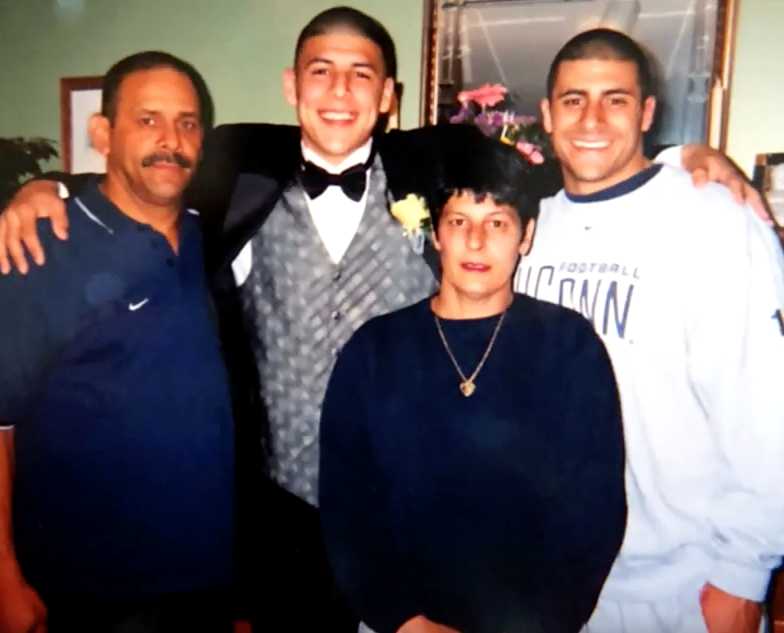 Aaron Hernandez‘s brother, Jonathan, says the convicted murderer and former NFL superstar told his mother he was gay during a prison visit prior to his 2017 suicide, reports Towleroad.

“He’s like, ‘Mom, you’re going to die never knowing your son,’ ” Jonathan Hernandez told The Dr. Oz Show, in his first interview since the release of the Netflix docuseries, Killer Inside: The Mind of Aaron Hernandez.

“And my mom being my mom, started mouthing with Aaron, and they started bickering back and forth, and all of a sudden they have this conversation, and they’re both flooded with tears across from each other,” Jonathan Hernandez said, adding that “the weight of what’s on my brother is being expressed and for a mother to be looking at it across from the scratched glass.”