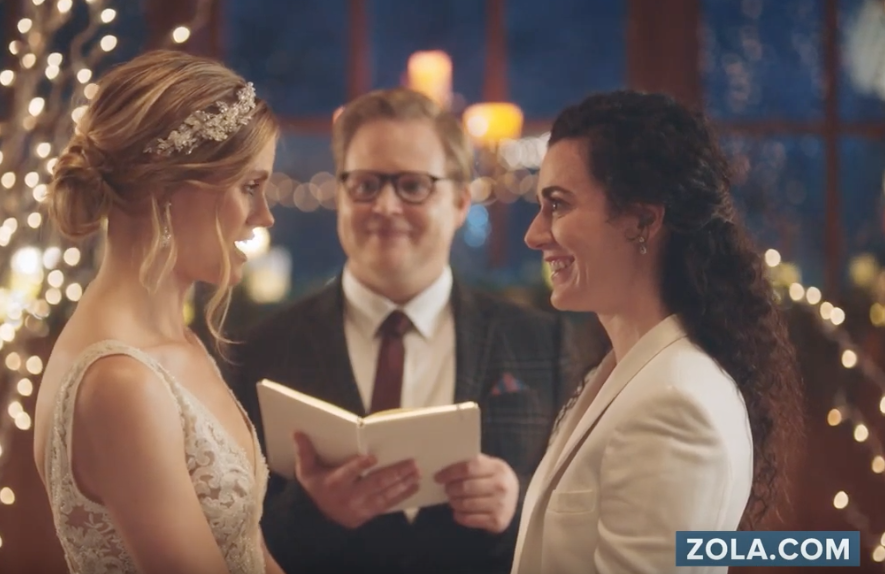 The Hallmark Channel is walking back its decision to pull TV ads featuring a same-sex couple kissing on their wedding day … saying it messed up and is “truly sorry,” reports TMZ.

The channel recently removed the ads from Zola, a major online wedding registry and planning site, after receiving complaints from the conservative group, One Million Moms. The backlash included a petition signed by more than 30,000 people criticizing Hallmark.

However, that decision was met with considerably more backlash from the public — including another petition signed by 70,000 people blasting Hallmark for “shamefully caving to pressure from an anti-LGBTQ group.“