Editors Of Out Magazine, The Advocate Resign | The Fight Magazine 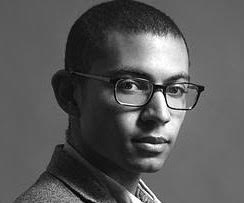 The editors-in-chief of Out magazine and The Advocate, two LGBTQ brands owned by Pride Media, announced on Wednesday that they are leaving their posts, reports NBC News.

Their sudden departures, along with the exit of Pride Media’s interim CEO, Orlando Reece, have thrown the future of the storied publications into question.

“It has been an honor to helm this title, and to lead the most diverse team in this brand’s nearly 30 years of publishing,” Phillip Picardi, the editor of OUT, wrote in an email to his staff. “I believe that LGBTQ+ media deserves the best — and that’s what our team gave it while we had the chance.”

The Advocate’s editor, Zach Stafford, who made news last December by becoming the first black editor-in-chief in the publication’s 50-year history, did not release a public comment, reports NBC News.

Multiple sources with close knowledge of the departures said they were all due to the same reason: finances. Pride Media, which is part of California-based Oreva Capital, has been plagued by reports of unpaid invoices by freelance journalists.