Pete Buttigieg: The Hope Of An American Experience Defined Not By Exclusion But By Belonging. WATCH! | The Fight Magazine 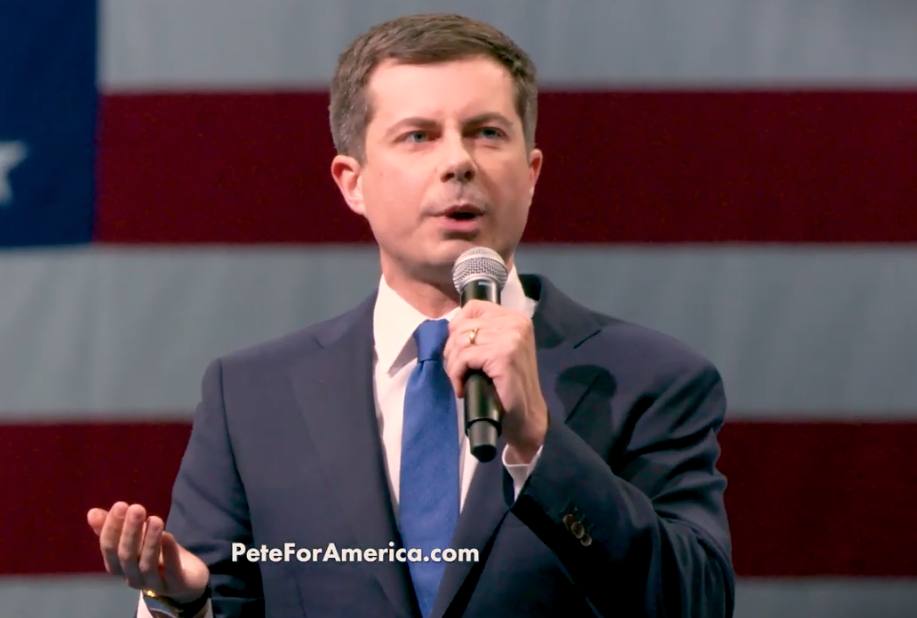 Pete Buttigieg released a new ad in Iowa as he vaulted into the top tier of candidates in a poll released this week that showed him surging into third place, neck-and-neck with Warren and Sanders, and ahead of Joe Biden, reports Towleroad.

Says Buttigieg in the minute-long spot: “Picture that first day the sun comes up in this country and Donald Trump is no longer the president of the United States. The sun’s going to come up over a country even more divided and torn up over politics than we are today. With crises that still require urgent action. I am running to be the president who will pick up the pieces of our divided nation and lead us toward real action. I am ready to gather up an American majority that is hungry for change, that is done with division. We will fight when we must fight, but I will never allow us to get so wrapped up in the fighting that we start to think fighting is the point. The point is what lies on the other side of the fight. The hope of an American experience defined not by exclusion but by belonging.”