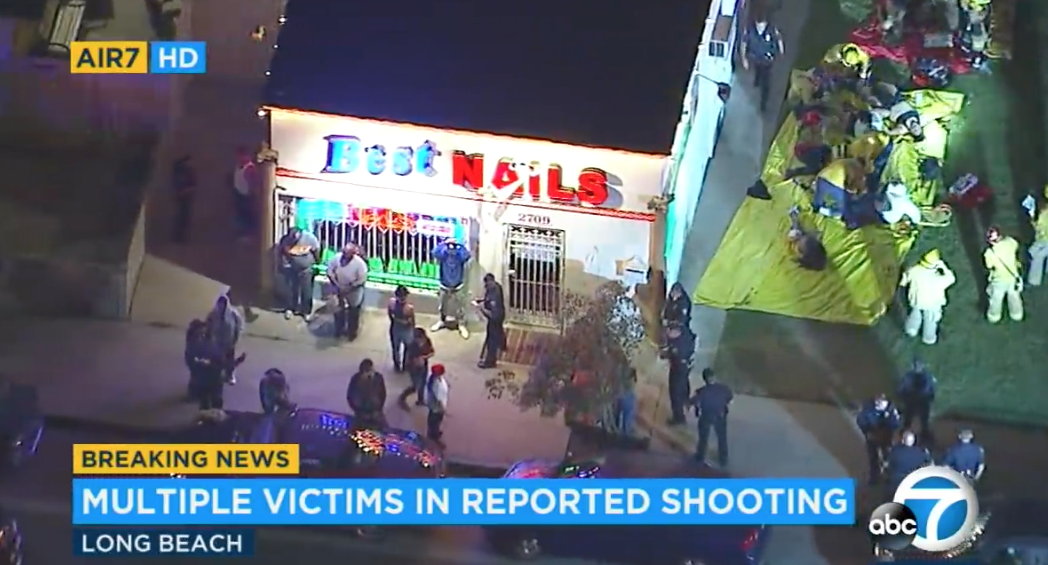 Two of the three men killed Tuesday night, Oct. 29, when at least one gunman fired into a house party in Long Beach’s Rose Park neighborhood have been identified, reports Press Telegram.

Maurice Poe, Jr., 25, of Long Beach, and Ricardo Torres, 28, of Inglewood were fatally wounded during the shooting, an official with the Los Angeles County Coroner’s Office said Thursday, Oct. 31.

The name of the third victim, also a man in his 20s, has not yet been publicly released because his next of kin has not been notified.

The three were among 25 to 30 people attending a party in the 2700 block of East Seventh Street, near Ohio Avenue, when gunfire came through the backyard from a rear alley, police have said. Nine others – two men and seven women, between 20 and 49 years old – were injured and taken to local hospitals, reports Press Telegram.

The Long Beach Police Department, as of Wednesday evening, said investigators are looking for one suspect, described as a man wearing dark colors and with his face concealed.