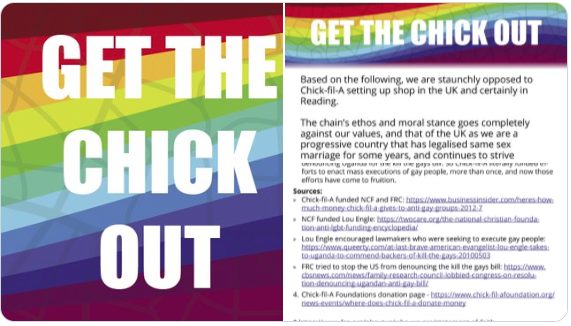 The U.K.’s first and only Chick-fil-A restaurant will close it was announced Friday—just eight days after it opened in Reading, south England, reports Newsweek.

The Oracle shopping mall said it would not renew Chick-fil-A’s six-month lease, telling the BBC it’s the “right thing to do.”