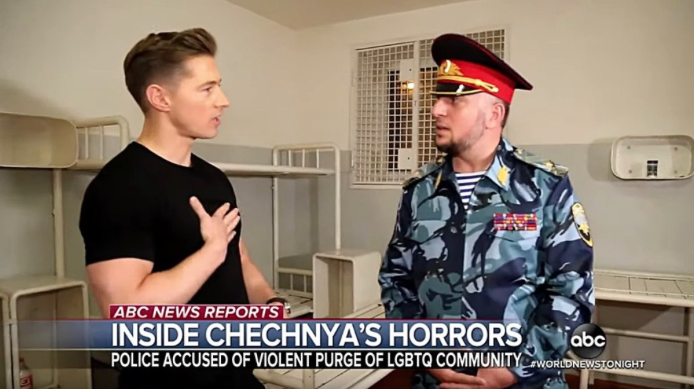 Nightline’s James Longman spent a year talking to several victims of the anti-LGBT campaigns before going to the southern Russian republic of Chechnya to meet the police authorities accused of the so-called “gay purge” and go inside Chechen prisons, reports Towleroad.

For Longman, who is gay, the trip to Chechnya turned personal and very stressful when he made the decision to come out to General Apti Alaudinov, the head of the Chechen police force.