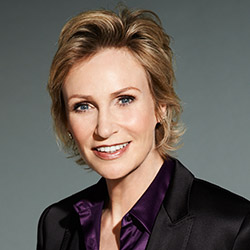 Jane Lynch and Cyndi Lauper just wanna have fun. The comedian and the 1980s music icon have joined forces to star in a new comedy project that may be heading to Netflix reports NBC News.

Lynch let it slip backstage at the Creative Arts Emmys that she and Lauper will co-star in a comedy that she described as “kind of a ‘Golden Girls’ for today.”

“I pitched a show to Netflix and they bought it,” she told reporters after winning the Emmy for guest actress in a comedy (for The Marvelous Mrs. Maisel).