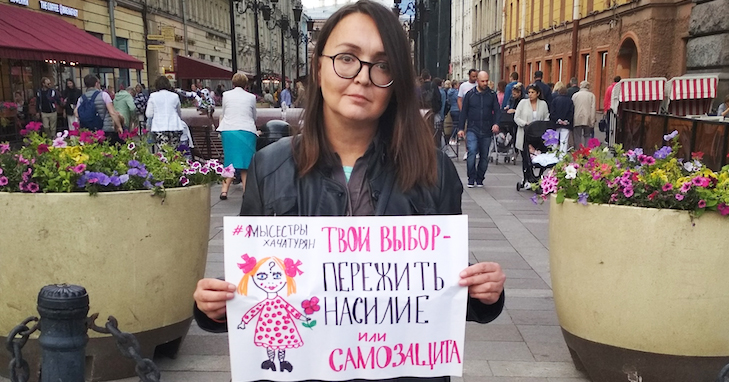 After having her name publicized on a ‘hunt-list” designed to target LGBT+ people in Russia, Yelena Grigoryeva became a victim of unjust crime upon her murder on July 21, 2019, reports gcn news.

Grigoryeva was a prominent LGBT+ activist that would frequent protests on various socioeconomic issues and envisioned “a Russia which people will not be scared of, but be inspired by.”

The 41 year-old activist’s brutal death near her home has mobilized many to the streets; solo pickets were organised in St. Petersburg two days after her death, and August 18 saw a vigil outside the Russian Consulate in London to commemorate Grigoryeva’s life and demand justice for her brutal death.