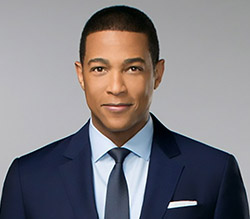 A man is suing Don Lemon, claiming the CNN host attacked him at a Hamptons bar last summer. The suit, obtained by Mediaite, was filed Sunday and seeks unspecified damages for “emotional pain and suffering.”

“The plaintiff in this lawsuit has previously displayed a pattern of contempt for CNN on his social media accounts,” a CNN spokesperson told Mediaite in a statement. “This claim follows his unsuccessful threats and demands for an exorbitant amount of money from Don Lemon. Don categorically denies these claims and this matter does not merit any further comment at this time.”

An Instagram post from January 2017 purportedly posted by the plaintiff, Dustin Hice — and obtained by Mediaite — showed him posing in front of CNN’s headquarters in Atlanta along with the caption: “touring the #CNN center today…or as #Trump would say ‘the home of Fake News’ lol.”